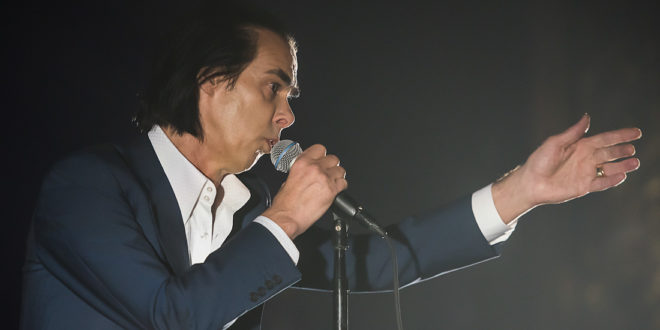 Nick Cave & The Bad Seeds kicked off the first night of their U.S. tour for Skeleton Tree last night at King’s Theatre and the performance was nothing short of electric. The band took the stage punctuated with moody blue lighting and a singular white spotlight illuminated Cave as he sang Anthrocene, a song filled with equal parts melancholy and longing.

In true Bad Seeds form, the band led the audience through a range of emotions that perfectly capture the human existence. The room was still for the first three songs as they played heart wrenching songs from the new album and then Cave roused the crowd with a grinding version of Higgs Bosson Blues, ad libbing throughout the song and injecting humor by providing commentary on today’s culture filled with tweets and iPhones.

The mood shifted once again when the stage was flooded with white strobe lighting, and Cave came front and center to aggressively strut around the stage and into the audience. He seemed in his element as they moved into older material and he took charge of the audience like an experienced conductor, encouraging fans to jump around and belt out the choruses of From Her to Eternity and Tupelo.

The angst filled energy in the room was short lived however, as the Bad Seeds know best that to truly make an impact you need to balance out life’s aggression with moments of tenderness. They continued this roller coaster approach for the remainder of the set, playing songs from different sides of the emotional spectrum like Into My Arms, Red Right Hand, Stagger Lee and Push the Sky Away. When Cave finally left the stage, he was drenched in sweat and appeared utterly spent. It was clear he had given the audience his all, and for his efforts, the fans left the venue filled with appreciation and eternally grateful that he continues to share the gift of his artistry with the world.

NYC based music photographer.
@www.twitter.com/kevinwilsonnyc
Previous Fear And Wonder Release “The Only Way” Music Video Featuring Trevor Wentworth of Our Last Night
Next Gallery: Hinds at The Empty Bottle in Chicago, Il 5.25.17 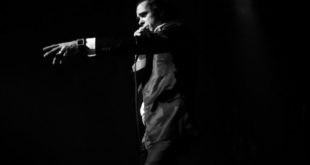