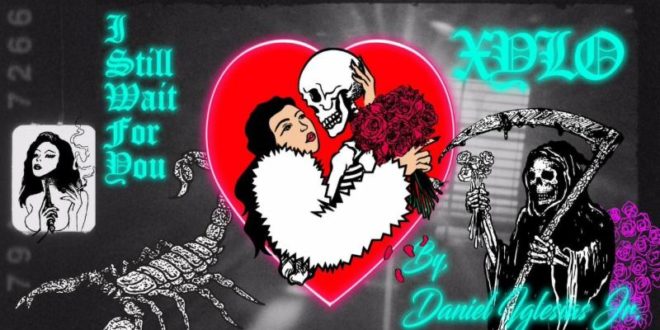 XYLØ Premieres Video For “I Still Wait For You”

Los Angeles duo XYLØ, comprised of producer/drummer/songwriter Chase Duddy and vocalist/songwriter Paige Duddy, premiere the office video for their latest track “I Still Wait For You” on Fuse today. The video directed by Daniel Iglesias Jr. (The Neighbourhood, X Ambassadors) showcases a different side to the band in a trippy up-tempo video. PRESS HERE to purchase the track, PRESS HERE to stream, and PRESS HERE to watch.

We wanted to create a voyeuristic caricature of band life. We loved working closely with Daniel to help piece together a psychedelic, 90s MTV inspired video of what’s going on in our crazy heads. – XYLØ

In 2016, the duo was featured on The Chainsmokers track “Setting Fires” which has garnered 100 million streams on Spotify and the lyric video has over 47 million views. With “Setting Fires” the band collectively has over 200 million streams across all platforms, was named on of Entertainment Weekly’s “Artists To Hear Right Now” and featured on People.com, Forbes and countless others. They have performed alongside artists such as Vic Mensa, St. Lucia, Marian Hill and to end a successful year, the duo brought their captivating live show to cities across the U.S. with New Zealand’s indie electronic band The Naked and Famous.

XYLØ broke out on the indie pop music scene with the release of their debut track “America,” a hazy pop ballad about love and freedom that was featured in an online PacSun commercial starring Kendall and Kylie Jenner. The internet lit up in response and the track garnered over 1.6 million listens on Soundcloud, as well as reached #1 on Hypemachine. After the success of “America,” the band continued to amass millions of streams (now at more than 38M) and multiple Hype Machine number 1’s before signing a major label deal with Disruptor Records/Sony RAL.

Tags I still wait for you Music Video XYLØ