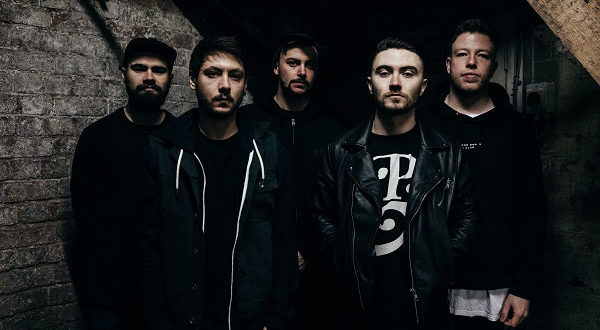 Between releasing their projects independently and hosting a crowdfunding project this year to support everything from recording, to promotion and touring, Music Existence settled in to talk to Ben Taylor [bass] of Last Hounds to discuss the new music, their influences and setting out tomorrow on tour. Check out the exclusive interview Below!

ME: Let’s start with the basics, how did Last Hounds come to be?
I guess it was just a like-minded – and I use that term loosely – bunch of lads that, because the other guys had been in bands previously that dissolved. I think it was kind of just the want to get out there and do it again!

ME: I took a listen to you guys and personally, I didn’t expect the sound that you brought to life in “Old Dreams”; a very accentuated, lyric-heavy sound. Is there anything you can specifically tell us about the unique sound that Last Hounds have?
Yeah, I think that when it comes to the sound we try to lean towards, it’s the more raw punk side of the genre, but at the same time, in terms of our influences, we’re all very big on people like Frank Carter & The Rattlesnakes and Letlive, and I think that they’re very much, although they’re still raw; Especially with this EP, we wanted to get a more polished sound, which still has that kind of grit and rawness to it. I think it was more of a “Right, this needs to step up, everything’s got to be bigger and more polished now.”

That’s kind of the sound that we were going for, but I think, in the music side of it, again, influences are very much Letlive, Gallows, Frank Carter, but at the same time we’re kind of all into some old school, New York hip-hop, so I think that’s where that came from.

ME: How would you describe yourself to somebody that’s never heard you before?
Aw, shit, I always really struggle with this!
ME: That’s okay!
If someone has never heard us before, I think that it’s a modern take on the more aggressive punk from the 70s or 80s. I think it’s the modern version of Punk Rock in its definition, in the message that it’s trying to send and I guess, the sound that we have.

ME: Do you feel like where you grew up has an impact on your music at all?
Yeah, I think that growing up, we were all heavily involved in local music scenes, and not just speaking for myself, I know that our parents had a lot of influence in terms of the music that we listen to – For me, my dad started showing me Metallica from, like, before I could even walk! But also, I think that social scenes whereby the local music scene was boomin’ while we were going through school and college has definitely shaped why we got into music and the kind of music that we’re playing.

ME: So, “Old Dreams” is a 4 track EP and every song on there seems very different in its own right, was that on purpose? What can you tell us about each of the songs individually?
I think that they [the tracks] are very different.
Tfirst track off the EP, “Listen (To Me)”, it actually never used to sound anything like it does now, it’s actually changed a lot over the last few months in recording the EP, and I think we tried to turn it into an intro, rather than a song. It’s only a couple of minutes long if that, so we wanted to have that introduction to the EP and I guess that when Mike [vocals] starts screaming “Listen to me,” that kind of sets the tone. It’s a “Shut up, listen to what we’ve got to say.” kind of thing.

I think “Lay Me Down”, the second track on the EP, is more of the single-along. I guess that “DOA” is also very vocal-led, but there’s so much there – The faster pace, that’s more leaning towards the punk side of things, and then “Murder Murder” is personally one of my favourites, not just because of the bass! But I think that the song overall draws in a lot of influences. I think that each song is different too because of the influences that we take. We’ve had people describe “Murder Murder” as similar to Rage Against The Machine.

It purely depends on, at the time of writing, what we’ve been listening to and how we’re feeling. It’s not so much of a “Right, we’re going to write this song and it’ll sound like this.” I think Mike is very clever with his lyrics in the sense that he is very good at analysing what is going on around him; I think it’s more of a social commentary with his lyrics, so – I wouldn’t say that every song is different for a certain reason, I think it’s just dependent on the time of writing as to how we’re all feeling. If we all turned up to write a song and we all had a crap day at work, that’s when songs like “Murder Murder” come out!

ME: Do you have a favourite track from the EP?
Mine is definitely “Murder Murder”, purely because of the main riff to it and the chorus is quite catchy.

ME: You guys released your new EP, “Old Dreams” a week ago – How do you feel about the reception it’s received so far?
We feel really good, actually! We’ve had a number of reviews that’ve come back in and I think that everyone’s kind of saying the same, whereby how much we’ve matured from the first EP. I think that it was kind of a natural step for us to do another EP rather than going straight to an album, more so to show that this is what we’re capable of now, and I think that people have took very well to the fact that we have done it this way. This just feels like the next step for us, but everyone is saying the same in that it’s very much Last Hounds, but on a bigger and better scale, so yeah, very happy with the reception that is has received.

ME: You guys play your first show in Leeds tomorrow, how’re you feeling?
Ah, I can’t wait!
ME: Come to Scotland! I saw that you’re through England and Wales but missing us out, there is definitely a place for you here!
We want to! We have thought about it, and I think, logistically, it’s something that we need to plan out, because really, Leeds is as far north as we’re going. We were toying with the idea of it and thinking “Let’s do Scotland, Ireland, Bristol, let’s do everywhere,” but it’s definitely something that we’ll be looking into. We want to go everywhere, I think that Scotland and Ireland are the next steps for us.

ME: To finish up – Is there anything more to come for Last Hounds in the next 6 months?
There is talks of more tours, we are constantly writing new material, so we don’t want to keep it as putting out our EP and saying “We’re going to do a tour, see you next year!” kind of thing.
This is where we’re at during the summer, but we’re also thinking about what we’re going to do through the winter and we want to keep new stuff coming with things happening all the time for us, so.