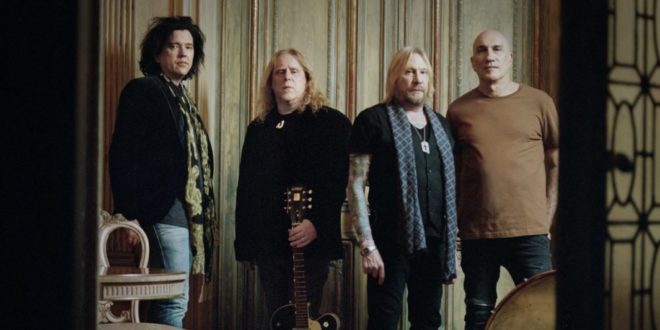 It’s near impossible to remain impartial in the political climate surrounding us today. And on June 9th, Gov’t Mule will release their 10th studio album Revolution Come…Revolution Go, which is undeniably a political mixture of rock, blues, and country.

As if to strengthen the political undertones in Revolution Come…Revolution Go, the band initially began to work on the album last Election day, a day that most in this country have yet forgotten. It is near undeniable that the events that have occurred since that day have effected and influenced Gov’t Mule’s latest work. With their first single, and first track off the album, Stone Cold Rage, the mood is immediately set for the rest of the album.

Lyrically, the opening track sets the stage for the listener to reflect on both sides of the political divide currently slicing our country apart. However, musically, Stone Cold Rage immediately immerses the listener into the world of soulful and reflective rock ’n roll that Gov’t Mule’s music reigns in. With an introduction of instruments smoothly playing together leading up to the lead singer’s voice, the sound is reminiscent of bands such as Lynyrd Skynyrd and The Black Crowes. It’s difficult not finding yourself tapping your foot along to the drums or nodding along to the grooving guitar.

Each track on the album is oversaturated with quality and excellent production, with talent oozing out and flowing from one track to the next. The lyrics presented to the listener through a soulful voice remain full of quality in each track, no portion of the disc sounding diluted or rushed to reach the track-count. Hayne’s vocals are dynamic and alluring, attracting the listener through both their strength and tenderness.

The final track, Dark Was The Night, Cold Was the Ground serves as the  possibly perfect powerful final that encompasses and embodies the political and soulful mood that wrapped around the listener for the rest of the album.

August 16 Indianapolis, IN @ The Lawn at Great White River Park