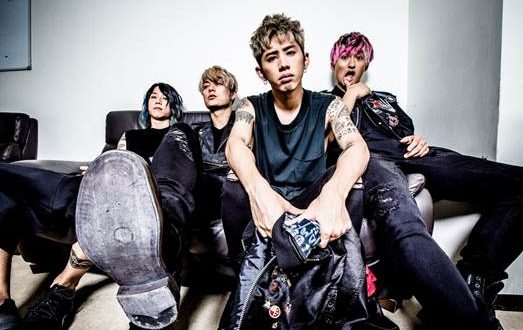 Fueled By Ramen recording group ONE OK ROCK has announced details of a massive North American headline tour.  The “AMBITIONS U.S. TOUR 2017,” which will also feature a series of stops throughout Canada, is set to kick off July 6th at Las Vegas, Nevada’s Brooklyn Bowl.  The coast-to-coast tour will feature support from special guests Set It Off and Palisades, and will continue through mid-August.  For tickets and more information please visit, http://oneokrock.com/.

Furthermore, the band has been announced to perform at the 2017 Journeys Alternative Press Music Awards, Fueled by Monster Energy where they are also nominated for “Best Breakthrough Band.”  The awards are set take place July 17th at Cleveland, Ohio’s Quicken Loans Arena. Fans can visit www.altpress.com/vote up until the deadline of June 30th to cast their vote.

Earlier this year, ONE OK ROCK returned with their widely acclaimed Fueled By Ramen debut, “AMBITIONS.” The album, which features “We Are,”  “Taking Off,” “Bedroom Warfare,” and “I Was King,” arrived atop the “Global Album Chart” with 315,000 equivalent sales making it the best-selling album on the planet in its first week. “AMBITIONS” is available now at all DSPs as well as via the official Fueled By Ramen store.

Known for their thrilling live shows, the band recently completed a sold-out headline run in the United States and also performed two massive concerts at Shizuoka, Japan’s Nagisaen before a cumulative audience of more than 110,000.   The colossal performances were captured in the official live video for their single “Taking Off.” No strangers to the road, ONE OK ROCK have also toured extensively in the U.S., teaming with such like-minded acts as All Time Low, Sleeping With Sirens, Issues, and 5 Seconds of Summer. As if that weren’t enough, ONE OK ROCK has made explosive main stage appearances at rock festivals in Europe, South America, Australia, and the U.S., including a well-received run on the 2014 Vans Warped Tour.

2017 AMBITIONS U.S. TOUR
With Special Guests Set It Off & Palisades