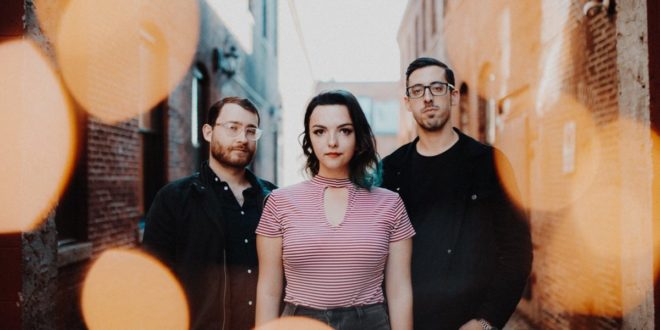 With beloved pop hooks and the alternative twist of Taking Back Sunday or Paramore, Royal Street built their fan base since performing on 2015’s Warped Tour in Mansfield, MA after only a few short months of their formation, and joined Marina City on tour that summer, covering 12 states across the USA in 12 days.

Before the album’s official release, Royal Street’s upcoming music video for centerpiece of the album titled “Make Believe” (premiering six days prior via YouTube) brings a hint of colour to those who may not have a former introduction to the band, with a creative, vibrant overlay that clearly adopts the former rock influence laced into their music.

Flavors showcases a sound reminiscent of everyone’s favourite teenage pop punk bands, Boys Like Girls or Mayday Parade, with a sassy feminine twist. The LPs lead single, “Make Believe” carries a somber tone to begin with that is a necessary pause in any new band’s energetic success, later transitioning into an emotionally full, storytelling ballad with infectious female vocals that are bound to pull all kinds of listeners deeper into the album’s overall experience.

Including a fuller version of 2015’s formerly released track “Cranston Crank”, that showcases vocalist Viana Newton‘s strong vocal range suitable for grimey jazz, their self-titled label of “post-funk” is the perfect mesh amongst upfront and intelligent lyrics that flow throughout the entirety of the album.

Track four, “Prove It Ft. Fredua Boakye of Bad Rabbits” introduces something different in the centre of the record: Despite questioning lyrics and a range from smooth, soulful melodies lay down by guitarist Alex Beattie, this track mixes elements of Boakye’s signature electronic vocals in tracks like their newest release, “Mysterious”, into an otherwise clean number with a hint of synth backgrounds that failed to reach the remainder of Royal Street’s pristine tracks – Overall, this sound brings together a clear understanding of what makes the track unique.