Home / News / See This Through Release Music Video “On My Own” 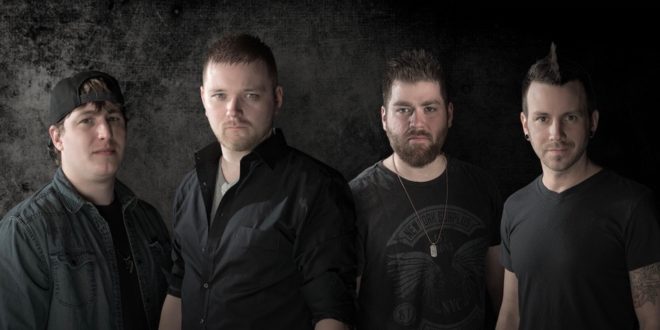 See This Through Release Music Video “On My Own”

Rock quartet See This Through are releasing their new music video titled, “On My Own“. The new emotional, heart-felt video comes from the outfit’s title track, off their 2016 debut EP. The song describes a dark time in vocalist, Nick Blohm‘s life, saying:

“‘On My Own’ contains the most honest lyrics that I’ve ever written. It’s a result of many life-changing events and it took a long time for me to sort my thoughts to deal with all that happened. The song is incredibly personal for me. We all shared a vision for the video, as it’s just as personal for everyone in the band as it is for me. It needed to be dark and full of emotion. It needed to be a bit claustrophobic. It needed to tell a story, just like the song. I think we accomplished that.”

See This Through will be opening up for Seether, Skillet, All That Remains, Puddle of Mudd, and Otherwise on June 11th @ The Bear’s Big Growl in South Bend, Indiana. You can purchase their “On My Own” EP on iTunes.

About See This Through:

See This Through is more than just a name to the modern rock quartet from South Bend, IN. “It’s about never stopping,” says guitarist and lead vocalist Nick Blohm, “it’s about going after something that you never thought you could accomplish.”

It’s this mentality that brought Chad Ellsworth (lead guitarist) and Nick together in 2014 in what would become See This Through. “Ever since I heard [Nick’s] solo stuff, I was captivated by each and every song I heard him play,” explains Chad, “I said to myself, ‘I wish I was up there playing music with this guy.’ And now, a couple of years later, here we are.” After a few months of working and writing material, Steve Howell stepped in on drums, followed by Tyler Curran on bass guitar, to complete the lineup.
Within a year of playing together, the group set out to record its debut EP. After months of writing, rehearsing, and pre-production, they hit the studio in early 2016 to produce “On My Own”. Combining meaningful lyrics with powerful vocals, thick guitars and driving percussion, “On My Own” embodies the notion of moving forward and never giving up. This theme echoes throughout their songs as they touch on subjects of inadequacy, self-actualization, and redemption.

The year 2016 proved to be an exciting challenge for See This Through as they turned heads in each venue they performed in. With their long-term sights set upon the national market, they’re making it a point to take on the Midwest, city by city, throughout 2017. As to their thoughts on what the future holds for them, Nick sums it up by stating, “With our work ethic, I can’t say exactly where we’re going to be… but I can tell you we’re going to like where we’re at.”

Connect with See This Through: