Home / News / Tour / LOST IN SOCIETY On Tour This Spring 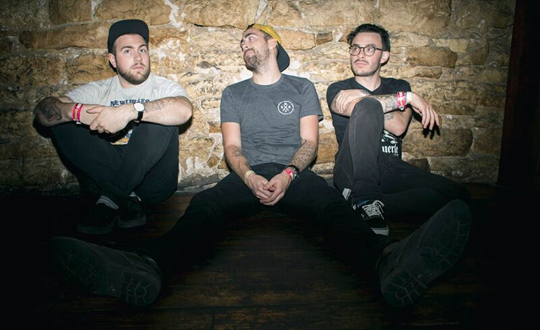 LOST IN SOCIETY On Tour This Spring

Three-piece alternative punk band Lost In Society, will be heading out on a run of dates with Face to Face kicking off May 11th in Brooklyn, NY at Knitting Factory. The band will then head out on a tour taking them to the west coast and are confirmed to perform at this year’s Punk Rock Bowling Festival in Las Vegas, NV. A full list of cities they’ll be headed to can be found below.

The band recently announced a limited edition 7″ flexi vinyl that holds two new, unreleased songs. The red, transparent vinyl includes the tracks “Kid” and “True“, which were recorded with Pete Steinkopf of The Bouncing Souls. The flexi will be released officially on Friday, May 12th, and can be pre-ordered through the band’s merch store, here.

Jolting, fierce and raw: Lost In Society’s live show has been described as all of the above. The NJ-based alternative punk act has performed at large festivals including Vans Warped Tour, Punk Rock Bowling, Fun Fun Fun Fest, SXSW, CMJ Music Marathon, and Fest. Lost In Society is known for bringing fans out the same way old punks did — by word of mouth. Having toured all over the map and sharing the stage with the likes of Taking Back Sunday, Dead Sara, The Bouncing Souls, Bad Religion, The Flatliners, Misfits, and SWMRS, the trio is showing no signs of stopping.

Last year, Lost In Society released their highly anticipated album Modern Illusions. Fans can purchase a digital copy on iTunes now,  as well as physical copies on the band’s website.