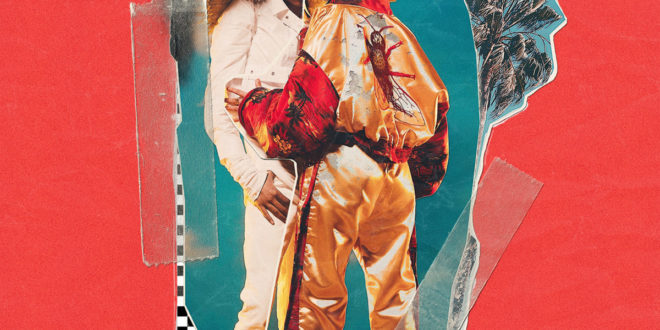 Halsey announces her 2017 North American headline tour in support of her second full-length album, hopeless fountain kingdom [Astralwerks]—out June 2. Halsey’s eight-week tour kicks off September 29th, with pre-sales beginning May 8th through May 11th, while general on-sale is scheduled for May 12th – purchase tickets at www.hfktour.com. For every pair of online tickets purchased, fans will have access to redeem one physical copy of the new album hopeless fountain kingdom.

AT&T is sending customers to the front of the line with AT&T priority pre-sale ticket access beginning on Tuesday, May 9 at 10AM via the AT&T THANKS program. For complete pre-sale details, visit att.com/frontoftheline. Citi® is the official credit card of the hopeless fountain kingdom tour. Citi card members will have access to presale tickets also beginning Tuesday, May 9 at 10AM through Citi’s Private Pass® program. For complete presale details visit www.citiprivatepass.com. Coming along for support are PartyNextDoor and Charli XCX! See below for the full itinerary. For additional ticket information, please visit livenation.com.

Tomorrow evening, Halsey will take the stage at The Tonight Show Starring Jimmy Fallon for the late-night television debut performance of the record’s first single “Now Or Never.” The song is already a Top 15 single at Pop Radio in its first 4 weeks, was the #1 most added at Top 40 in its first week, and is now on over 180 stations. Already, the track has clocked over 34 million Spotify streams and counting, while the Halsey-directed music video surpassed 14 million YouTube/VEVO views.

Last month, Halsey surprised fans by revealing the artwork for hopeless fountain kingdom with an innovative scavenger hunt, directly engaging her devout followers. More recently, she revealed the full album track listing with its 13-track standard edition and 16-track deluxe edition via another fan-inclusive surprise, sending sixteen fans their own copy of hopeless fountain kingdom’s newspaper, The Kingdom Times, with articles tailored to describe the conflict played out in the cinematic video for “Now Or Never.” The album honestly exorcises moments of sorrow, pain, joy, and love through a whirlwind of poetic lyricism, cinematic production, and searing hooks. She invites a few friends such as Quavo,Lauren Jauregui (Fifth Harmony), and Cashmere Cat along for the ride, as well as producers Benny Blanco, Greg Kurstin, Ricky Reed and more. Fans can visit findmeinthekingdom.comfor all available pre-order offers, including exclusive bundles, merch, vinyl and more.

Halsey first stormed the pop culture kingdom in 2015 and took her spot on the throne as her full-length debut BADLANDS crash-landed at #2 on the Billboard Top 200 and earned a platinum-certification in under year. She sold out arenas everywhere and garnered a 2017 GRAMMY® nomination in the category of “Best Pop Duo/Group Performance” for “Closer,” her seven times platinum megahit with The Chainsmokers.  Her reign continues with hopeless fountain kingdom.

Previous Interview with FRANK CARTER at Welcome To Rockville 2017
Next Gallery: Bury Tomorrow at Newcastle Riverside, 17.4.17