Home / News / Music Video / PVRIS Announce Upcoming Album “All We Know of Heaven, All We Need of Hell” 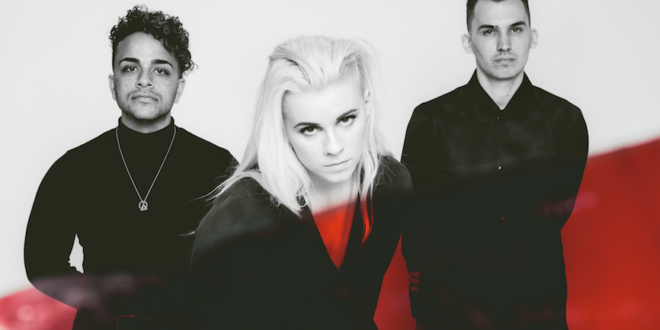 PVRIS Announce Upcoming Album “All We Know of Heaven, All We Need of Hell”

PVRIS have released “Heaven,” the stunning first single/video from their much anticipated album, ALL WE KNOW OF HEAVEN, ALL WE NEED OF HELL.

Directed by PVRIS vocalist Lynn Gunn and longtime video collaborator Raul Gonzo, “Heaven” can be seen HERE OR by clicking below.

Set for an August 4th release, ALL WE KNOW OF HEAVEN, ALL WE NEED OF HELL was recorded with Blake Harnage (who produced PVRIS’ 2014 debut, White Noise) and is available for pre-order by clicking HERE.

Fans can catch the band performing “Heaven” live on their upcoming UK & EU shows as well as the arena tour with Muse and Thirty Seconds To Mars. The tours kick off with two headline sold out shows at London’s Shepherds Bush Empire before heading to Paris, Amsterdam & Berlin.  The band then head back to the states for the Music tour which kicks off May 20th in West Palm Beach, FL.  The band’s extensive road plans also include shows in Australia and festivals both here and overseas, including Reading and Leeds, Bumbershoot and more. Full itinerary of shows can be seen HERE

With ALL WE KNOW OF HEAVEN, ALL WE NEED OF HELL, PVRIS will look to build upon the success of White Noise and a collection of songs that’ve amassed over 113 million Spotify streams and close to 32 million YouTube views to date (including 17 million Spotify streams and 3.8 million YouTube views for their “You And I” single). In support of White Noise,  the band performed on “Jimmy Kimmel Live!,” were spotlighted on “Last Call with Carson Daly,” toured arenas with Fall Out Boy, hit No. 1 on Billboard’s “Emerging Artists” and “Trending 140” charts and launched a headline tour that saw them play to packed-house crowds around the world. NME called them “a rock sensation,” Spin dubbed them a “breakout band,” MTV described them as “the best thing since sliced bread” and theHuffington Post called Gunn “a force that cannot be denied.”