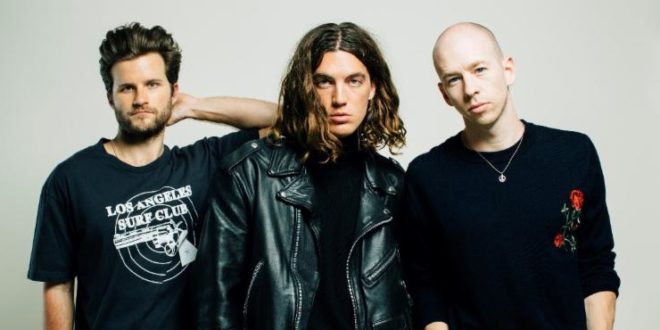 On the heels of their support run with John Mayer and current headline tour, LANY show no signs of slowing down as they announce THE LANY TOUR: PART 2, the second leg of their U.S. headline tour hitting major markets this fall. AT&T presale tickets for select dates are available starting 5/2 – 5/4 at 10:00am and general on-sale begins May 5th at 10:00 am local time. For complete details and ticket information, please visit preorder.thisislany.com.

The LA-based trio – Paul Klein, Les Priest and Jake Goss – have amassed a huge live fanbase and last year alone played a total of 117 shows across twelve countries, selling over 35,000 tickets. With over 3.9 million monthly listeners on Spotify and combined streams of over 100 million, LANY was the most streamed artist in 2016 through the Spotify Discover feature, with “ILYSB” also holding the title of the most streamed song.

The single “ILYSB” off LANY’s upcoming self-titled debut album, recently reachedover 50 Million streams on Spotify aloneand the acoustic as well as remix versions have racked up another 25 Million combined Spotify streams. LANYfeatures 16 tracks and will be available on CD, vinyl and digital formats as well as a box set. Fans who pre-order the album will be treated to “It Was Love,” “Good Girls” and “ILYSB” as instant grat downloads. PRESS HERE to purchase.

LANY continue to make music that aims an arrow at your heart; beautiful songs with swashes of synth, spare percussion, echoes of prime 1980s FM pop, of early-1990s R&B, of new-wave electronica, combining melody and lyrics to put down roots in your head. Recorded in a tiny room on an ancient laptop, their songs are devastating and beautiful, in a way that you can’t quite explain.

To pre-order album, PRESS HERE or visit the official site.

Previous PVRIS Announce Upcoming Album “All We Know of Heaven, All We Need of Hell”
Next Gallery: Barenaked Ladies at Valley Forge Casino in Valley Forge, PA on 4-22-2017