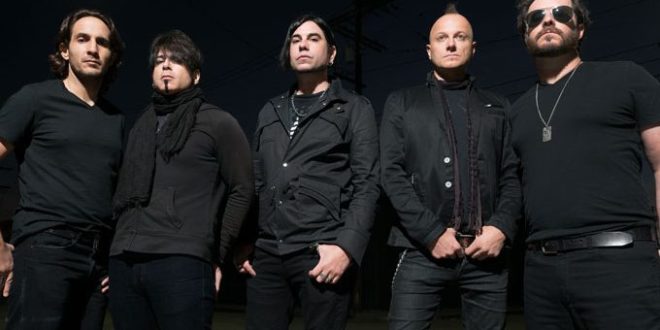 Formed in 2008, Fort Lauderdale’s A New Way to Live Forever have garnered attention for their catchy, upbeat sound worthy of national airplay. In 2013, they received Best Music Video for “Balloon” off their EP Rumoura. Signed to Civil Defense Records, their most recent EP Monument has brought them to the spotlight with a show at Whisky A Go Go at the end of this month opening for Trapt.

Russ Rogers (vocals/guitar) and Daniel Dyer (guitar) to a moment to answer my questions about their upcoming showcase, their setlists, and their passions outside of music.

Me: Monument has been out for a little over a year.  What are the highlights that have presented themselves to you since the album was released?

Russ: Things have really ramped up for us since we put out Monument, particularly in terms of radio exposure. There are a variety of styles on this recent release and the radio-worthy tracks are getting some significant attention.

Me: You’re playing a show at the Whisky A Go Go at the end of this month.  How does it feel to be playing at a venue with such rich musical history?

Daniel: Not long ago, I lived in Los Angeles and The Whisky, to me, had the sense of being just another club on the strip, despite knowing it’s history. However, having moved back to Florida since then and playing there twice this past year, I really got a sense of how big of a deal the club is. There’s no denying its legendary status, and to think we’re playing again on the same stage as The Doors, The Police, Blondie, Led Zeppelin, Aerosmith, and countless other household names have played, is pretty amazing. There’s a reason it’s known as ‘The world-famous Whisky a Go Go!’

Me: Is there anything you are doing differently in preparation for this show that you don’t normally do?

Russ: We are taking this upcoming Whisky show very seriously. I’m engaged in some new vocal training and we are tackling some of our older signature tunes to include in the set. Additionally, we have a new rhythm section (drum/bass) which we are excited to reveal on a national level.

Me: How do you choose setlists for shows? Do you go with crowd favorites or what gets your blood going as the musician?

Russ: It’s really a balance of the two. There are certain songs that play well with the fans, like “Fall Or Follow,” and “Valley Metro,” but new tunes like “Not This Time” really get us ramped up and relay our vibe in other ways. For this upcoming show, expect a ‘greatest hits’ of sorts.

Me: Outside of music, what else are you passionate about?  How does this tie into your musical career?

Daniel: I spend what little free time I have in other artistic mediums, namely photography and videography, though somehow it usually ties into the band. A random photo I took in Palm Beach last year is now the basis of our Spring show poster. And some drawings I did of a dream I had became the basis of the video I created for our single “Balloon.” I do enjoy drawing and painting, as well, but there’s just not enough time in my day.

Russ: I fell into programming many years ago and it actually pacifies my creative needs similarly to writing songs. When I’m not creating music, I’m crafting code to perform beautifully.

Me: What’s the best part about living in Florida? What’s the weirdest?

Russ: The hearty construction of air conditioners is really something I’ve grown to count on down here. As for the weird stuff, I’d have to point to the way the iguanas seem to be overtaking every nook and cranny of the state. I lived in an apartment where seven to ten iguanas would come sun themselves daily on my terrace. I’m not a reptile person to say the least.

Daniel: Contrary to Russ, I love being outside, as long as there’s water around. I love being in the ocean, snorkeling or scuba diving, boating, whatever. I’m a little more weary of the rivers and lakes here, because, you know… alligators.

Me: Where would you like to go that is “off the beaten path?”

Daniel: One of my dream vacations is to visit and photograph the temples of Angor Wat in Cambodia.

Russ: I am inspired by songs, irrespective of genre. Thus early on, I found that much of the music I found inspiring leaned more toward Soul/R&B ie: Prince, Commodores, Earth Wind and Fire. In the same breath, I love what an artist like Slayer brings forth and how it affects me. Two sides to the same coin, I guess.

Me: Rockstars typically have a pretty big ego.  When you’re performing, do you take on anything from the stereotypical ‘rockstar persona’ or are you trying to make your own idea of that?

Russ: I’m ever-evolving in respect to some kind of “rockstar persona.” I’m super introverted by nature, so the stage is where I come alive and with that energy, I want to connect with people. I enjoy feeling the performances of others and hopefully take some of the best bits of their vibrancy into my own personal/physical “voice.”

Me: Is there a moment you look back on in your life that you thought you were doing something really cool and now you realize how ridiculous it was?

Russ: Breakdancing – not that it wasn’t cool at the time or done well elsewhere, I just wasn’t meant to be in that world.

Me: Other than your upcoming shows, is there anything that we should be aware of from the band?

Russ: I have a slew of new tunes that are destined to land on a release this year. It’s time to stamp them in time and move on. 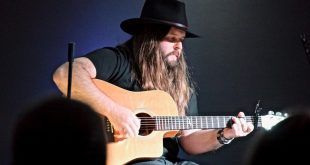