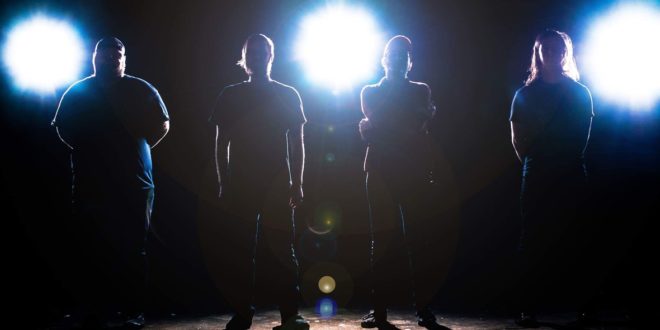 Phoenix hardcore outfit American Standards, has released their second music video single “Carpe Diem, Tomorrow“, which comes off their upcoming record “Anti-Melody“. In this claustrophobically dark video filmed by Jacob Reynolds (Dead Rabbits, Escape The Fate, The New Low), silhouettes of the band thrash amidst frantic lights, capturing the passion and intensity of the song.

Vocalist Brandon Kellum commented on the video saying, “We all know the person that’s been at their job for 10 years and complains every day about it, someone who’s planed on going back to school or wants to travel but always makes excuses on why they don’t. “Carpe Diem, Tomorrow” is about getting out of your comfort zone. Being open to new experiences and ways of thinking. Moving is living. You’re not getting any younger and there will never be a “right time” so do something that scares the hell out of you every day of your life.”

“Anti-Melody” comes out April 28th and is available for preorder on iTunes, Amazon and Bandcamp. Watch “Carpe, Diem, Tomorrow” below.

Along with the new music video, American Standards has announced “The Anti-Melody Tour” in support of the new album. The 10 day tour begins May 19th in Albuquerque, NM and will end in Reno, NV on May 28th. The band is known for its powerful live performance so make sure to check the dates below for a city near you.

Formed in 2011, American Standards is a hard-hitting, emotionally and politically charged noise punk band from Phoenix, Arizona. Employing a blistering blend of chaotic hardcore and early era metalcore, the band released its powerhouse debut “Still Life” in 2012 under We Are Triumphant, an imprint of Victory Records.

In a time where many bands were competing to be the heaviest or catchiest, American Standards carved their own path with dynamic songwriting and thought provoking lyrics. This warranted them the opportunity to share the stage with acts such as Every Time I Die, Norma Jean, Zao, Atreyu and The Dillinger Escape Plan. American Standards quickly became known for their intense live show, tongue in cheek demeanor and relentless work ethic- booking hundreds of DIY tour dates, designing all its own merch/album art and producing several independent music videos.

Since Still Life, American Standards has released two EP’s and has announced a full length titled “Anti-Melody” set for release April 28th 2017. The album continues to build upon sociopolitical themes, corporate greed, media satire and materialism but with the loss of the bands original guitarist (Cody Conrad) to suicide and vocalists father to cancer during the writing process, the lyrics also have a much more dark and personal tone.

“In 1998 the iconic Swedish hardcore punk band Refused begged for it, in 2011 we finally began to hear the response. New Noise. American hardcore band American Standards has managed to bring a fresh spin on a genre that has become increasingly riddled with cookie cutter breakdowns and empty messages.” – Top40-Charts.com 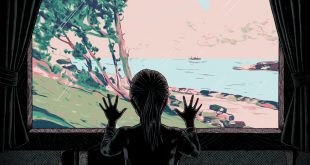