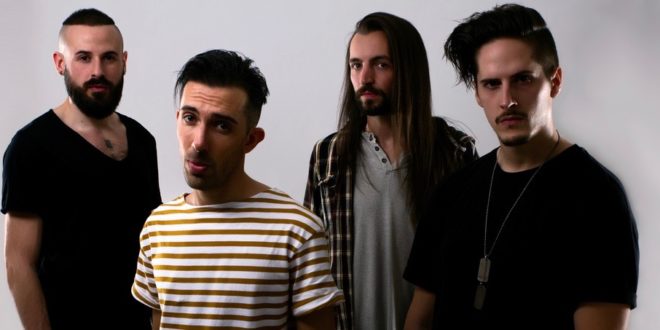 Alternative rock band Soldiers Of A Wrong War are streaming their upcoming sophomore release, Countdowns. The 10-track album is set to release today and will be released on all digital music retailers, as well as their web-store.

“‘Countdowns’ is our second full length release since our first album which we dropped in 2011. I think that people will immediately feel that the sound of this album is more mature, we had the chance to grow, to experience some changes in our lives and we started to listen to many different types of music, having the chance to absorb something from every new artist we fell in love with. We mixed all of that with the Soldiers Of A Wrong War imprint creating something that we’re really proud of.” – Adin Sulic, bass

You can stream Countdowns below and order the album via iTunes.

“We live, bleed and breathe for music: it’s more than words, melodies and notes mixed up together, music is our lifeblood, it is where we thrive!”

Soldiers Of A Wrong War formed in 2007. Since the very beginning the guys took seriously their musical interests and after a few months they started to write their own music. After almost a year the band began recording their material in studio, recording at first a three tracks EP in 2009 and then, on January 2011, their first full length album, “Lights & Karma”. Both of the releases were completely self funded.

From the new album are available two singles and music videos: “Save Me” and “Dreamers”. In 2014 the guys released a brand new EP, “Slow” and an official video for the song ‘Slow’ was released too. On June 2016 a new single, “We Will Never Fall”, was released as well as the accompanying visuals via New Noise Magazine. The song is the anticipation of the band’s 2nd studio album, which will be available in early 2017.

If you’re looking for some fresh and sharp rock music that will jump into your ears to conquer your brain, freeze it in a moment of pure pleasure and give it back to you safely refreshed, then Soldiers Of A Wrong War is exactly what you need!

Previous Take the Journey Through Love and Loss with Dabin & Friends
Next Gallery: Eternal Boy at King Tut’s in Glasgow, 18.04.17 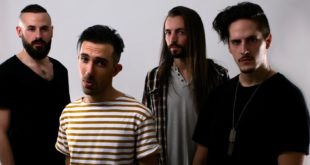