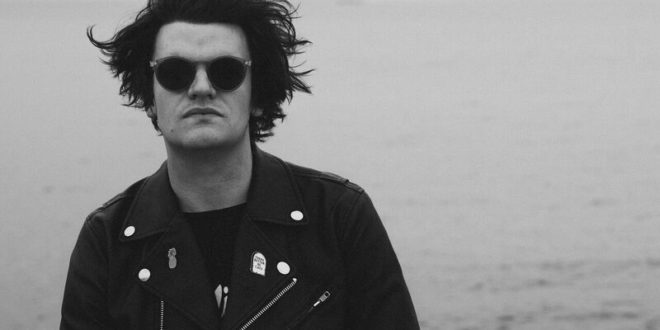 Album Review. Mating Ritual: How You Gonna Stop It

Mating Ritual, aka Ryan Marshall Lawhon’s, album How You Gonna Stop It comes out May 19th and believe me, you are going to want to pick this one up

It all kicks off with “I Wear Glasses,” a song that is so good it should be blasting from radio stations in heavy rotation. With a focus on alternative pop, Lawhon has crafted the perfect tune from the energetic instrumentation to the clever lyrics. Lawhon’s voice is what gives the track its alternative flavor, slightly off the beaten path, crisp , but with an edge to it. The chorus is a non stop dance party with Lawhon singing “I wear glasses so that I can see you better/I put shoes on so that we can walk together.” It’s a song about attraction and it captures all the buzzing feelings that surround the act of liking a person. Undeniably fun and downright infectious I wouldn’t be surprised if this tune became a number one hit on the charts as it fits right in with todays musical landscape. It’s the best song on the LP and after one listen will be stuck in your head for days.

Changing gears, Lawhon takes a bit of a backseat on “Night Lies,” as a guest female vocalist takes center stage. Her angelic ethereal voice is the main focus with Lawhon joining her throughout, both voices distinctive but blending together well when they team up. The instrumentation is upbeat and interesting with several different sounds making up the backbone of the tune. Again, Lawhon melds genres, a bit pop, a bit alternative, with a dash of rhythm and blues. Lawhon is a master at creating songs that have the potential to be big hits and “Night Lies “ is no different. The extra element of adding a female voice is a pleasantly surprising turn in the album and though the lyrics are a big hard to decipher it doesn’t matter. This song is all about the groove, and no matter what the content is it stands strong on its own.

“How You Gonna Stop It,” the title track from the album, is similar to “I Wear Glasses,” in the energy level but it is also a bit different. The vocals on the verses are delivered in a quick witted fast paced manner, again showing that just when you think you have figured Lawhon’s songwriting out he takes a sharp corner constantly surprising listeners. His delivery is fun and also impeccable and makes the song interesting to listen to, one never knowing what he is going to do next. This also has the potential to be a big mainstream hit, as one would be hard pressed to find anyone who wasn’t tapping their toes while hearing this track. Once again the lyrics are a little bit muddled but part of Lawhon’s magic is creating a mood and he certainly does that here leaving a carefree impression on listeners.

The LP does have some faults. “Second Chance” never really connects, “Drunk” goes on for far too long at over six minutes, and the autotune effect on Lawhon’s voice in “Thief” takes away from the pure unfiltered vocals that Lawhon demonstrates naturally.

Still the album is a winner and I wouldn’t be surprised if Mating Ritual becomes a household name before the year is through.

Tags how you gonna stop it mating ritual review

retro music enthusiast. Dreamer. Kind of odd. Writer
@twitter.com/for_no_one1014
Previous Gallery: Vérité and Betty Who at Webster Hall in NYC, 04.15.17
Next ‘Get Down for Refugees’ at Mercury Lounge on April 20: Interview with Bassel Almadani