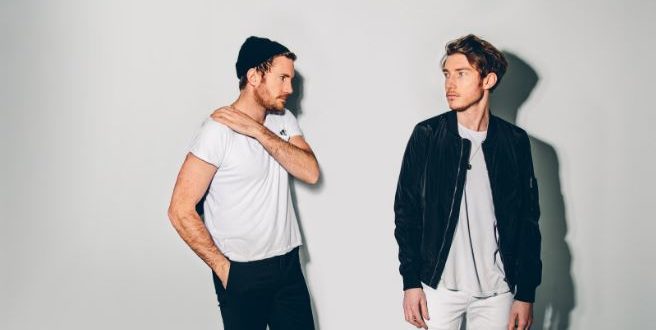 UK’s Fenech-Soler have announced a North American tour in support of their new album Zilla. The tour will kickoff in April with Arkansas band Knox Hamilton and will make stops in DC, Philly, New York City, Detroit, Austin and more. Fenech-Soler will also perform in Denver, Portland, San Francisco and Los Angeles in May. All tour dates below.

Fenech-Soler released their album Zilla earlier this year on February 3 via So Recordings. The bold, shimmering, eclectic pop of ZILLA heralds a thrilling new chapter for the Northamptonshire band, now a duo comprising brothers Ben and Ross Duffy. Loaded with personality and pockets of experimentation, ZILLA is full of positive and upbeat pop songs. The track “Kaleidoscope” was premiered by Huw Stephens on Radio 1 and described by Noisey as “3:39 of pure joy.”

The seeds for ZILLA‘s creation were first sewn at the end of a lengthy tour in support their 2013 album Rituals (which featured the singles “All I Know” and “Magnetic”), the follow-up to 2010’s self-titled debut. Having landed a Q Awards nomination, toured with everyone from Kelis to Miike Snow to Robyn, successfully battled cancer (Ben was diagnosed with testicular cancer in 2011), and played headline shows all over the world – including Shepherd’s Bush Empire at the end of their last major UK tour – the band needed a break.

Inspired by disco, old soul vocal harmony groups and an unwavering love of pop music, the pair steadily built up a collection of their most vibrant songs yet. While previous albums have seen them collaborate with the likes of Tim Goldsworthy, Galantis and Starsmith, ZILLA was a much more organic album, with most of it self-produced. A glorious, unashamed pop album that will sound incredible in a live setting, ZILLA is the sound of a band confidently coming to terms with their sound while steadily refining it.