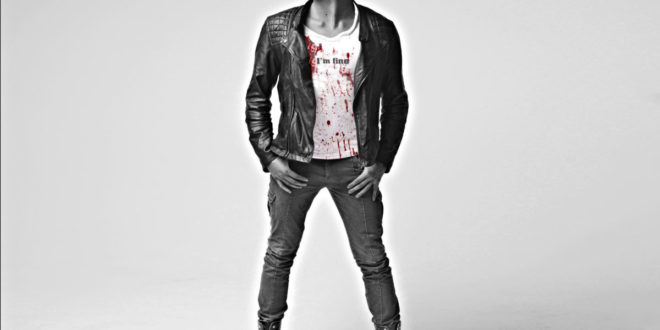 “Behind an ironic and funny green alien lost in the streets of NYC, there’s a lot of awareness of xenophobia, racism, unbridled capitalism and human rights. Perhaps a strong, biting critique of the politics of President Trump?”

Paul Pedana music videos are becoming an unmistakable and personal sign of recognition in the international music scene. The care that he puts to details of his screenplays, is maniacal. Paul never wanted to make simple videos of people who are just there playing an instrument in playback, but real short movies with stories and meanings. Paul recently finished to film a music video in New York City with the video maker Simone Pucci and Movimento Label Productions.

Paul Pedana wanted to create a character that reflects all the aspects of alienation and social marginalization using the formula of the paradox exactly with an Alien named Ellie.

“Ellie is a boy but the name is a Female name, so with this I wanted to touch the topic of the gender awareness without being so pragmatic. ” – Paul Pedana

In this music video there will be many scenes of Ellie in constant trouble with his “being different”, another social topic touched in this video, and of course the big critic to the new president Trump, Paul  couldn’t not put it. Somehow, Paul believes the victory of the new president was the triumph of the democratic system and at the same time the defeat of the word democracy especially because he was voted by a large number of American people. Basically in this video Ellie is telling us that we are going backward in terms of humanity and community, watching a society overwhelmed by selfishness and appearance where even an Alien would be frightened seeing a similar decline.

Stephen Vicino is the founder of MusicExistence.com. He created this site to give talented musicians a voice and a way to be discovered.
@@svicino
Previous Ten Cents Short Release Lyric Video For “Beggars”
Next Album Review: Pete Lynch – Kill The Monster