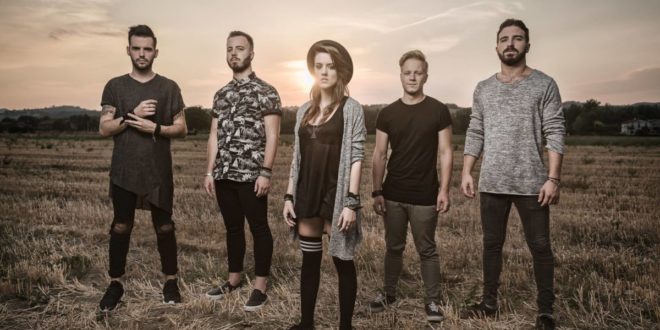 Based in Modena, Italy, the quintet is made up of Linda Battilani (vocals), Enrico Bertoni (guitar, vocals), Matt Mantovani (guitar), Oscar Scantamburlo (bass), and Fede Bernardi (drums). After forming in 2016, Halflives came onto the scene with the release of “Mayday” in September. Shortly thereafter, the group set up a crowdfund for Empty Rooms and doubled their funding target in a mere month. Speaking about the inspiration behind the album, Battilani said, “I was finding myself in a really dark place when writing these songs and I used the feelings I was carrying with me to give birth to something new, something deeper from everything that was written before. The inspiration came from different pieces of my life, including things I’ve seen on tour, things I’ve felt even by just staring outside of the ferry approaching to the white cliffs of Dover under the rain. Each song is a different empty room where I’ve let my feelings flow, you can visit them all and find a piece of us in each of them, a story, in each of them.”

Starting the album off on an intense note is the melancholy “Lone Wolf.” Battilani sings out “I can face my own,” as guitars and drums thrash around her, composing an anthem that stokes the fires of inner strength. The layering of the vocals during the chorus adds depth to this track and is something I truly enjoy hearing in music.

“Mayday” serves up some juxtaposition to “Lone Wolf.” While guitars echo behind Scantamburlo’s thick bass licks, the lyrics cry out for salvation. I find it impossible to ignore the complexity of Bernardi’s drum riffs in this track. He effortlessly sets the driving pace that serves as the fuel to propel the melody forward.

With echoing guitars over a swinging EDM beat, the melody in “Burn” contains shades of hope. Giving me Icon For Hire vibes, Battilani’s vocals soar as Halflives paints shades of existentialism and frustration. It’s no wonder why this song has garnered over 30k views on YouTube. The emotion the quintet delivers here is real and unrestrained, making for a truly powerful track.

“Echo” is the latest single to be released from Empty Rooms, and was recently featured on Alternative Press. This ballad blends more EDM into the melody, driving the emotional depth in the lyrics. The bitter regret can be heard clearly as Battilani sings out the pre-chorus lines of “Where do I come from? / Now I don’t know / ‘Cause your arms were my abode.”

With a quiet opening, “The Sickness” steadily builds intensity to explode at the chorus. This track focuses heavily on the band as they take me down a dark path of depressive introspection. Some of the strongest vocals on the album can be found in this 3:45 number and features a few short choir sections. Even the brief guitar solo adds to the complexity of the overall composition.

“Half Alive” feels like a bit of social commentary with the line “We are half alive, we can barely survive.” There’s a punk feel in this track that gives me Halestorm and My Chemical Romance vibes. Fueled by the vehemence in the lyrical delivery, the driving pace in this number is highlighted with a heavy, grungy breakdown during the bridge.

In direct opposition to the strong start of Empty Rooms, the ethereal “Collide” closes out the album on a somber note. With some of the heaviest bass so far, this song floods me with images of standing on tall cliffs while riotous waves crash below, much like how the band swells and breaks during the chorus. I do think that production could have been a bit cleaner on this track, but the emotive lyrics that have saturated the record so far take a step up in this number.

With only eight tracks to whet my appetite, Halflives has me hooked and ready for more. The band is currently gearing up to go on tour with Courage My Love across the UK, including an appearance at the Camden Rocks Festival in London, and several dates across Europe. Be sure to pre-order a copy of Empty Rooms at Halflives’ online store or via iTunes and check them out on Spotify. 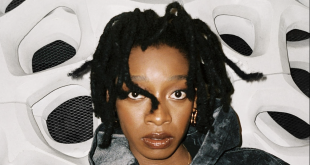