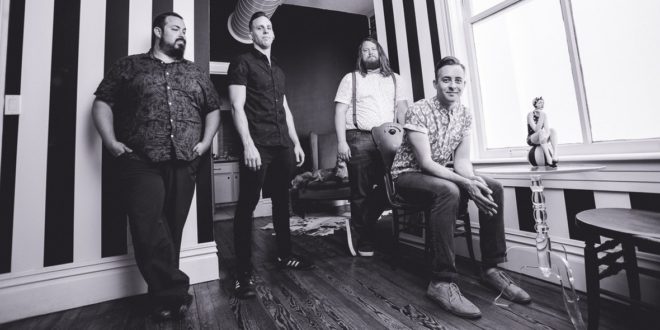 Indie-pop darlings Me Like Bees are currently on the road in support of Never Shout Never‘s Throwback Tour. We asked the band to share a playlist with us of their favorite songs to listen to on the long drives.

Listen to playlist below and read along with the band to find out how each track made the cut!

The Too’s – “Certain Kind” – We love The Too’s new record “Outer Sounds.” They are great musicians and better friends.

Tow’rs -“Going”  – Tow’rs and us shared the same host home a few tours ago in Chicago. We like their new record, this is a standout so far.

Drake – “Can’t Have Everything” – We only have to listen to this because J-Thrill (our merch guy/good friend) is the biggest Drake fan and won’t stop playing it.

Jake J-Thrill Bennett – “Long Road Home / Your Life” – J-Thrill is also a hip-hop artist. He wrote this song on the way back from California with us a year or so ago.

Tom Petty and the Heartbreakers – “Refugee” -Probable Pete’s all time favorite Heartbreakers song. If you ever want to learn songwriting they’re a good place to start.

Never Shout Never – “Cheater, Cheater, Best Friend Eater” – We have this song stuck in our heads for months when we tour with NSN. We aren’t even mad about it and we still love hearing it.

Willie Nelson – “On the Road Again” –  We have listened to this a lot because Jake and Luke were using it for one of the promo videos for Luke’s wife’s bakery. Also, it’s a good song.

The Kills – “Satellite” – The Kills are just good, gritty fun. Like a Tarantino movie in music form.

Notorious B.I.G. – “Hypnotize” – This is good driving music. The kind of song that you put that stank face on and bob your head to while putting lots of miles on the van.

Someone Still Loves You Boris Yeltsin – “Full Possession Of All Her Powers – This is a nostalgic throwback to Tim’s college days. He also apparently lives in 2003.

Will Smith – “Wild, Wild West” – A few of us have been on a huge Will Smith kick lately. The king of dad-rap.

Portugal the Man – “Modern Jesus” – Pete’s a sucker for anything produced by Danger Mouse.

Dr. Dre – “Forgot About Dre”- We love this song so much that we started covering this song with our merch guy (Luke rapping Dre’s parts and J-Thrill rapping Eminem’s parts).

Another J-Thrill track – “Candy Cigarette” -We like the simplicity of this one as well as the message. We also love J-Thrill.

Borns – “Electric Love” This song rules. It’s a good mix between rock and pop. We have dreams sometimes where we write a song this catchy.

Courtney Barnett – “Nobody Really Cares If You Don’t Go to the Party” – This is how Tim often feels about ever concert ever.

Lolawolf – “Bitch”- Another song by Lenny Kravit’s daughter Zoe. Nick is a sap for those layered vocals and songs about independent women.

Bishop Briggs – “River” – This song feels like when your significant other is rather upset and shouting at you. You know the best course of action is to just shut up and listen

Outkast – “So Fresh, So Clean”- This song is timeless and Outkast is better than any other musical act to ever grace the planet.

Me Like Bees’ latest EP There Will Be Time is available now on iTunes and Spotify. The band worked with multi-platinum producer John Feldmann (5 Seconds of Summer, The Used, Panic! At The Disco) on the release after winning the Ernie Ball Music Man Battle of the Bands competition. Watch the band be transformed into puppets in the live music video for their single “Hymns and Blues” below. 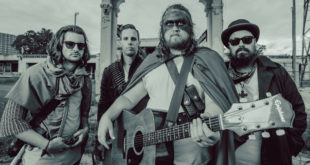 Me Like Bees Team with Image Comics in New Music Video 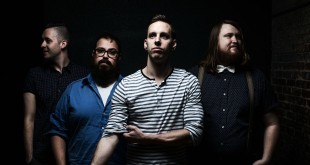 Me Like Bees Announce New Tour with Never Shout Never