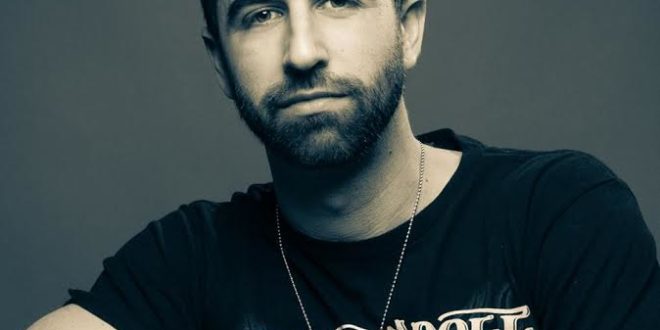 My Silent Bravery is the representative project of Massachusetts’s own Matthew Wade. Based out of Boston, the alterna-pop songster has crafted his own personable identity: a keenness for hooks and jovial, sun-drenched vocals, capped with a beaming smile. These qualities have allowed him to sustain a fortifying music career since the age of 18. Back in 2014, his Diamond in the Coal album proved a career-defining milestone, its lead single “Amazing” receiving airplay on major networks AXS, VH1, and MTV. Following that success, Wade has recently released an acoustic counterpart of 2016’s Breakthrough, featuring his signature elements in a newly incarnated spectrum of sound.

Through both outright and implementation, Breakthrough now sports an especially mature skeleton within its songs. On the opening track, “Endless Ecstasy,” the forthright acoustic interplay with Wade’s harmonies seems more suitable for the song, and this captures a better-rounded sentiment of consistent positivity. What actively drives this factor is the accentuated crispness on the guitars. Subsequently, percussion is kept a drizzling hi-hat groove. This varietal emphasis on the instrumentation creates a sense of wideness around the mix. Given the competence in production, each element works adeptly at holding the track together, rather than come off too polished. Next up is the title track, which provides further insight into how this aesthetic is utilized. Even though an acoustic guitar was already included in the original song, its increased presence provides a transformative quality to the album, on both a stylistic and thematic level. I’d envision the scenario as if Wade were to take a step back and acknowledge the greater extent of his career progression. He sits contently, strumming on his guitar while observing the natural course of his life. Upon realizing that he is still capable of making impact, he strives to move forward. With that, textural surges of clean instrumentation gain prominence, signifying Wade’s optimism for what’s to come. That sentiment is complemented on the following track, “Drunk off the Sun,” its reggae-inspired rhythm pertinent to warmer months ahead. Throughout the song, Wade expresses having found a means of momentary joy, whether it’s feeling healed by the essence of the ocean, or being in the company of close friends. I appreciated the breakdown at 2:05, his vocal tonality loosening up while effectively bolstered by an uplifting horn section.

As the album reaches its midpoint, the next three songs (“Warning Signs”, “Get Some,” and “Slipping”) represent a contrast—a period of uncertainty involving regret, stifled hope, and expression of true colors. Nonetheless, Wade demonstrates a resounding willingness to keep on, even while full force in a hard dose of heartbreak. Of those tracks, “Slipping” is the best structurally, competently demonstrating a burst of vocal and instrumental growth. “Lose Lose” begins the latter part of the album, and while its chord sequence is on the conventional side, the song serves as this section’s punctuation mark. By this point, Wade notes a conflicting force within himself, feeling torn between going with his gut, or empathizing with an ill-fated love interest, thus becoming especially weakened. The extent of this is such that his heart tells him to pull away, even after the two are suggested to have reconciled. “Older” then has him put this phase in perspective, his anxieties of limerence slowly dissipating into numbness. What was once a dizzying rollercoaster full of bliss and depression is rationalized in a more level-headed manner. Rather than imprison himself in the hope of being saved by a significant other, Wade simplifies his priorities to only wanting a better day. By “Face to Face,” however, he once again finds himself in a rut of wishing life was the way it used to be. Being the album’s carrier single, I feel that both its subject matter and chord sequence are undeniably palatable. It contains the right amount of lyrical digestibility, while its melody complements that with sufficient artistic merit. A worthy candidate for a follow-up would be the album’s penultimate track, “Good Enough,” which outlines the transition toward rekindling a state of worth. Interestingly, the album comes to represent a type of full-circle occurrence in the final track, “Bigger Picture.” The sentiment it emanates is nearly in line that of the title track, but with greater resonance. Whereas one centers on a relatively sustained positivity, the other is as if Wade gives himself a mental kick to the psyche, in order to restore a tenacious and graceful hold on life.

I come from a family who is passionate about all things music. I learned to sing at an early age, and by 13, had my very own Fender Strat guitar. I tried my hardest at learning all that I could. Because I was born with cerebral palsy, I had to teach myself an adaptive playing style. I learned to write and record my own music, despite these difficulties. In college, I started making great use of my writing abilities by reviewing music, as well as copy editing. I guess it's best to stick with what you know, while welcoming a fair challenge at the same time.
Previous Me Like Bees Share Their Go-To Touring Playlist
Next Gallery & Show Review: Art of Anarchy at The Stone Pony in Asbury Park, NJ 04.04.17