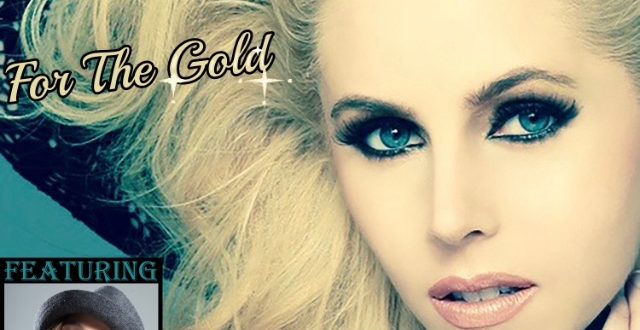 Following her recent Valentine’s Day release of “Up All Night” with accompanying music video, Brooke Moriber has teamed up with 12 Year Old Hip-Hop Sensation Sky Katz of “America’s Got Talent” for a new inspirational track about determination and following your dreams.

Recent shows have earned Brooke Moriber glowing reviews applauding her “huge vocals” and original pop songs that are “destined for high rotation”, and with 7 Broadway shows to her resume, roles opposite such stars as Lili Taylor and Kristen Johnston (for which her acting ability received special praise by The New York Times), Cyndi Lauper, and Alan Cumming- she’s garnered many accolades as a dynamic performer on stage, film and TV. Celebrated for her “clarion voice” by the Associated Press and as “A ravishing star with a paint-peeling belt”, she’s had the opportunity to work with legendary Broadway director Harold Prince in Parade- a musical in which she originated the role of “lola Stover.” Though her love for the stage is evident, Brooke’s talents have been summoned in front of the camera as well, having made several TV appearances on Law and Order: CI, Swift Justice, and more.

Hailing from Long Island NY, Hip-Hop Pioneer and BMI Recording Artist Sky Katz has been hitting the ground running in the music industry since discovering her talent and passion for rapping at the age of 5. Sky has kept the momentum up ever since with her dynamic, witty, and energetic style with an old school chemistry. Appearing on Season 11 of America’s Got Talent, she wowed the panel judges (and audience) with her single “Fresh”. Her single “Haters”  followed suit, which received critical acclaim and positive reception worldwide.

Now, as the two stars have come together for this hard-hitting and fearless new track, it will surely empower others to want to reach new heights.

Previous Gallery: Le Butcherettes at The Ready Room in St. Louis, MO on 4.1.17
Next Eagles & Fleetwood Mac to Headline The Classic