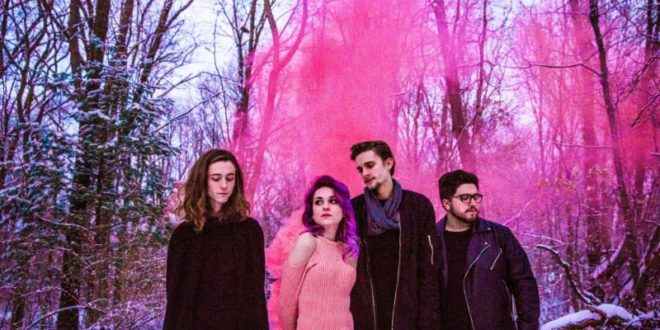 Indie rockers Lilac Lungs have announced the release date for their debut full-length album, Eventide, set for release on May 12, 2017. Recorded by Lee Albrecht at Lee AlbrechtStudios, Eventide is a 10-track roller coaster of emotions that gets personal with the listener while highlighting the band’s ambient indie rock sound. When developing a concept for Eventide, frontwoman Emily Torres wanted to capture a variety of emotions, ranging from love to fear, in order to evoke a feeling of strength and create a safe space for the listener. Watch the official music video for the album’s debut track, “Next to Nothing,” below.

“This album came from a very genuine and emotional place for us. Nonetheless, we never fail to push ourselves to strive for new sounding music to give whoever listens to these songs a refreshing, yet nostalgic experience. You can expect to hear catchy pop songs, as well as an intriguing alternative side that you have never heard. By pushing our musical abilities while making this album, we were able to be as creative as we possibly could. Mixing familiar tastes that derived from our musical backgrounds with new and unique techniques we’ve never tried before, the songs on ‘Eventide’ were created. We hope you enjoy what you hear, as this album takes you on a roller coaster of emotions from start to finish.” – Johney Birrell, Guitarist

Forming in the late Fall of 2015, Lilac Lungs brings together a group of four friends from various musical influences – Emily Torres (Vocals), JohneyBirrell (Guitar), Terrance Elizondo (Bass) and Matt Jones(Drums), creating a sound laden with ambient synths, hard-hitting bass-lines, and a wide variety of vocal ranges. Since being together, the band has opened for such acts as Emarosa, Slaves, The Orphan, The Poetand has made festival appearances at Arts, Beats, and Eats, Detroit River Days and Port Huron, MI’s annualBlue Water Festival. In 2016, the band was named 89x Radio’s “People’s Choice Award” Winner. With the band’s debut full-length album, Eventide, on its way, the band presents their listeners with a cornucopia of emotion. The album title, Eventide, is the safest resting place for all these songs and the feelings they evoke. Frontwoman Emily Torres states, “I wanted to capture the thoughts of the night, how we fear them and really use the album artwork to represent a never ending sunset as the safe place, where I want to always be lost in.”

Eventide, the debut full-length release from Lilac Lungs,will be available for purchase on May 12, 2017. For a sneak peek, head to YouTube to check out the official music video for “Next to Nothing.” Follow Lilac Lungs online for new music, show info, and more.