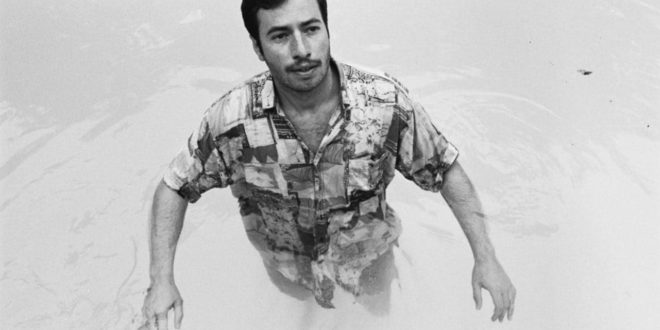 London-via-Somerset newcomer Jeremy Tuplin will release his debut LP ‘I Dreamt I Was An Astronaut’ in the summer of 2017.   Following on from his 2 independent released EPs (2016’s Open Letters and 2014’s Carry The Fire EP),  his music was described in The Telegraph Culture section as ‘Stunningly candid… A distinctive deep vocal that has hints of Leonard Cohen and Bill Callahan.’

The album was recorded with long-time collaborator Mark Estall, mostly in his new Marketstall Studio in South Bermondsey (with extra recording taking place in both Tuplin’s and Estall’s living rooms). Musically the new songs take a different direction to the earlier released EPs, combining electronic and synthesised sounds with more acoustic and organic instruments for a ‘retro-futuristic feel’ to branch into a genre which could, possibly, be described as ‘space-folk’.

The first taster from the new album comes in the shape of ‘Where The Light Ends’ which you can stream and watch below:

This song is split into two halves – one a journey into space, and the other describing the closure of a flawed relationship. Both connected in certain ways and by the refrain ‘Where the light ends, and the darkness begins’, before coming to an instrumental, space-y resolution.