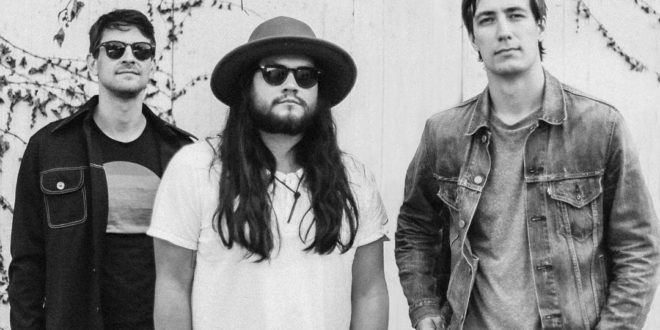 0
SHARES
FacebookTwitter
Kansas City musicians HEMBREE are currently touring the Midwest promoting their latest single “Holy Water.” Their last single “Can’t Run Forever” has had over 500k streams on Spotify and Soundcloud. I recently got the chance to talk to HEMBREE about the pressure of being in the music industry and what it was like hearing themselves on the radio for the first time among other topics. Check out the interview below.
1.Does Kansas City inspire any of your music? Definitely. The arts community in Kansas City has really developed over the last several years. There’s so many Kansas City artists, musicians, designers, photographers, etc. putting amazing work out into the world right now. It’s inspiring to be in their company and work alongside them.

2. What was your experience in LA to record in Sunset Studios like?

Recording at Sunset Sound was like recording in a rock n’ roll history museum. In the best possible way. Truly incredible. We’d be using a mic that Prince used on Purple Rain, and then we’d hop into the tracking room where the Rolling Stones tracked Exile on Main Street. It was a wild experience to work in the same space that so many legendary records were made in.

Also, we were able to work with one of my favorite producers, Chris Coady. Chris is such a good dude, and he makes everything sound incredible. Every sound he creates has so much character.

3. You decided to not use the sessions you recorded in LA. Do you think those songs will ever see the light of day ?

We did three tracks while we were out there, and I think eventually all three songs will make their way out into the world. The songs needed some time to develop, and they weren’t quite right at that point in time. Some distance from them has given us a fresh perspective, and they’re almost finished up.

4. You describe the pressure you felt to make your second single “bigger and better.” Did that pressure stem from yourself?

Yeah, I was putting a lot of pressure on myself to write the “perfect” follow-up to “Can’t Run Forever”. You know that all-encompassing song that perfectly captures the sound and vibe of the band. We were feeling momentum like we’d never felt before, and I wanted to make sure that feeling didn’t disappear.

It’s funny because as soon as I embraced that music isn’t meant to be perfect, the “Holy Water” bass line hit me, and the writing of that song came together in about four hours.

5. “Holy Water” is a great track. What was your inspiration writing it?

Thanks! I was feeling overwhelmed personally, and I was also overwhelmed by everything happening in the world. Just the way people were being treated and treating others.

The chorus is about that tension, and the verses are somewhat of a call for equality. Treating every person equally and being good to them.

6. What was it like the first time you heard one of your songs on the radio?

I always compare it to the scene in That Thing You Do where they hear their song on the radio, and they jump out of the car and run through the streets. I still get excited every time I hear one of our our songs on the radio. It’s a great feeling to know something you made is resonating with others.

7. You’ll be touring the Midwest soon. What are you most excited for?

We just played a show in Columbus with Cold War Kids, and that was a fantastic experience. The crowd was really responsive, and they had a basketball hoop by the load-in area. What more could we ask for?!

I’m also excited for the STL shows. 105.7 The Point is presenting, and they’ve been spinning “Holy Water”.

Last year we were given so many great hip-hop records, and it’s looking like we’ll get some great rock/indie-rock records in 2017.

9. What is up next for Hembree after touring?

Back to recording! We’re really close on a lot of this material, and I’m so excited to finish it up and get it out into the world.