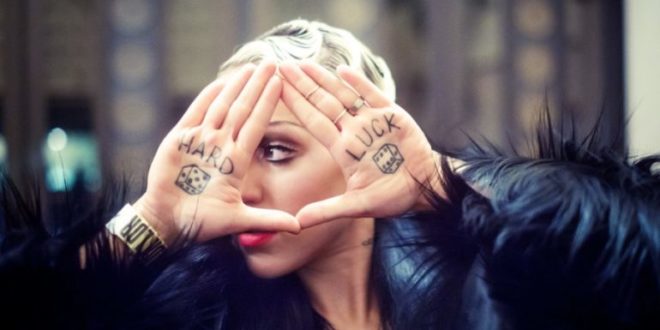 After her premiere in Grimes‘ music video for “Genesis” in 2012, Brooke Candy was an instant hit. In 2014, the artist released an EP titled “Opulence,” which contained five songs. After partnering up with MAC Cosmetics in 2015, we see the artist release “Rubber Band Stacks,” which was eventually featured on the Madden NFL 16 video game.

In early 2016, Candy released a new hit single titled “Happy Days,” leaving her fans impatiently waiting to hear the upcoming album. My personal favorite, “Changes,” was also released in early 2016, which was most definitely used to promote her makeup line with MAC Cosmetics. “Nasty” and “Paper or Plastic” are two of her newer hit singles, both being super catchy. Surprisingly, I don’t think I’ve heard a single song by Candy that I dislike.

Brooke Candy is all about being herself and living her life to its fullest. Her new music video for “Living Out Loud” featuring pop star Sia shows just that. Candy isn’t afraid to express herself, and one can see that just by looking at her. Her songs are definitely going to be radio jams, and that’s something I love about her. Her songs have powerful messages, but they are also catchy- I think that’s something the radio lacks in today’s day and age.

You can support Brooke Candy by purchasing her singles on iTunes and/or other platforms like Spotify, Amazon Music, and/or Google Play Music.

Madelynn is a photographer and writer for Music Existence, an honors student at the University of Texas at Austin, and a video game addict. Aside from photography and school, Madelynn spends most of her time playing with friends online or finding new artists.
@madelynnvphotos
Previous A Great Big World at Le Poisson Rouge in NYC on 3-23-2017
Next Gallery: Aloha Radio at Brooklyn Bowl in Las Vegas, NV 03/12/17