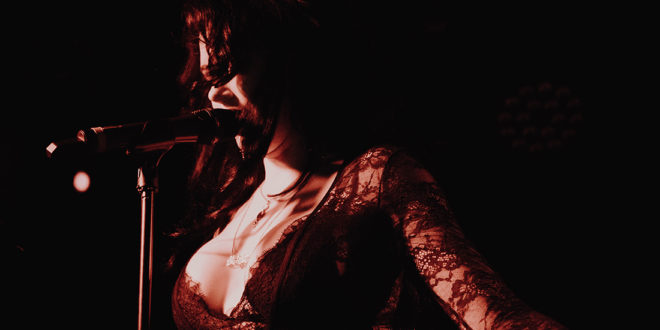 Aside from being one of the most divergent bands in the rock scene today, Dorothy is also one of the most fun bands to watch on stage. With the release and success of their newest album, ROCKISDEAD, Dorothy has been the center of attention and gained a tremendous amount of popularity since the quartet got signed by Roc Nation in 2015. Dorothy Martin, the front-woman, is nothing like anyone I have seen before, and she’s truly enchanting.

One of the most enticing things to watch at live shows is the band’s bond. Let me be the first to tell you, the bond between Dorothy and her band is completely and undeniably unbreakable. From smiling, laughing, and singing with the bassist to jamming out with the drummer and guitarist, one can truly see the relationship between the group, and it is a beautiful thing to watch. Watching Dorothy’s face light up with the brightest smile as she and guitarist DJ Black had their own little jam session is one of my favorite memories from that night.

I’m not exactly sure what it is, but the vocals and instrumentals sound even better live. Maybe it’s because the sound is so much clearer, or maybe it’s because Dorothy’s raw vocals are magical. I love hearing the raw vocals, the breaths taken in-between verses, and the true sound of the person singing – it makes the performance real and honest to fans and listeners.

With their tour ending soon, I am so glad I had the opportunity to watch this badass group perform live in a small and personal environment. I’ll admit, I was a bit shocked when I found out they would be performing in the upstairs room, which is the smaller stage out of the two at White Oak Music Hall. Even though the band has only released one album, the number of fans they have managed to attract in such a small amount of time is quite spectacular, which led me to believe they would perform downstairs instead. Nevertheless, they put on a fantastic performance just as I had expected them to.

Dorothy will be ending the tour with performances in Concord, North Carolina on May 5th and in Columbus, Ohio on May 19th. You can find more information on Dorothy’s website.

Here are a few shots from the show:

Madelynn is a photographer and writer for Music Existence, an honors student at the University of Texas at Austin, and a video game addict. Aside from photography and school, Madelynn spends most of her time playing with friends online or finding new artists.
@madelynnvphotos
Previous Show Review and Gallery: 311 at The House of Blues in Anaheim, CA 03/18/2017
Next American Standards Announce New Album and Release “Writers Block Party” Music Video