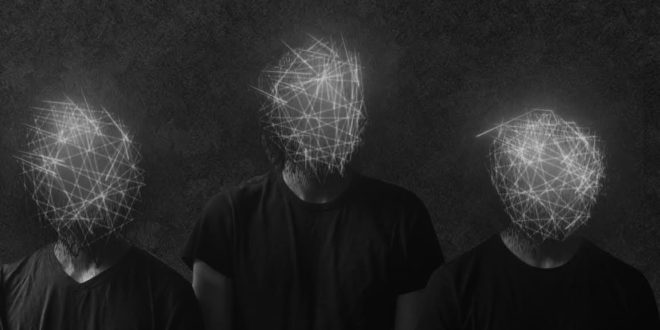 For anyone who’d spent their formative years laboriously dedicated to 16-bit action games, Zeitgeist proves an exceptional music backdrop. The Leeds, England trio crafts what they call Final Boss music, which comprises a combinative synth-on-guitar foundation bolstered by thunderous, adrenaline-shooting drums. Their most recent release, Vacuums is marked by considerable conceptual and stylistic maturation. With the video for its carrier single, “The Brightest Stars Leave the Blackest Holes” now complete, listeners are further drawn into a milieu of multiple interpretations.

Zeitgeist keyboardist Aleks Podraza alludes the song’s title to planetary death and the subsequent cycle of life, surmising that “…nothing is permanent, no matter how big.” While I agree with that concept, especially after watching the video, I also feel compelled as a gamer as to expound on his standpoint. By large, the video plays in accordance with the band’s genre, Final Boss music. Players may continually be pushed to the brink of death. However, regardless how grand the boss’s stature is, that boss is not unstoppable, and, in many instances, has a weak spot. Once that spot is exposed, they are defeated, thus ending the game. However, this also drives a certain factor of replayability. Much like an ongoing cycle of life, players typically push themselves to repeat the process, and strive to make each playthrough more impactful than the last. Essentially, the song and its video resemble a pertinent video gaming experience. That is, it couples the heart-pounding frustration of conflict with the eventual satisfaction of triumph. Once the player’s journey reaches the end, they are the force of light that has conquered the greatest of evil.

I come from a family who is passionate about all things music. I learned to sing at an early age, and by 13, had my very own Fender Strat guitar. I tried my hardest at learning all that I could. Because I was born with cerebral palsy, I had to teach myself an adaptive playing style. I learned to write and record my own music, despite these difficulties. In college, I started making great use of my writing abilities by reviewing music, as well as copy editing. I guess it's best to stick with what you know, while welcoming a fair challenge at the same time.
Previous Wayfarers Interview
Next Metallica announce the European leg ot their Worldwired tour