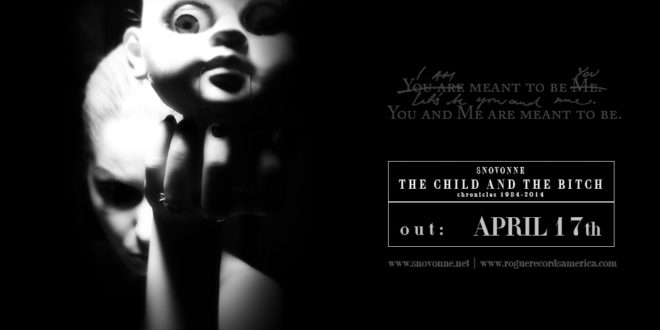 Snovonne announces new album “The Child And The Bitch”!

Snovonne is known for her melancholic and psychoanalytic creations, which often reveal things one would rather not see. The new album “The Child And The Bitch” is exactly that and so much more. Are you ready?

„The concept carries a strong psychoanalytic undertone.” Snovonne says. “It’s about perception, points of view. It’s the battle between two voices – how you were born vs. what the world turns you into. There’s no right or wrong, both the entities have values to stand on, but that doesn’t stop them from clashing… I wanted to give room to both voices.” The album will be introduced with the super-melancholic “Best Days”. Coming out March 17, the video presents the album’s concept of duality, musically and visually.

Snovonne recorded two studio albums “It’s Sno, Baby – Not Sugar (2010)” and “The Nightmare Bride (2012)”. The third official full-length album “The Child And The Bitch” (subtitled “Chronicles 1984 – 2014”) has been in production since 2015 and is now scheduled for release on April 17, 2017 through Rogue Records America. With all artistic gears spinning to a maximum, it’s a big leap forward – not only its heavily emotional and expressive content, but also in its audio and visual presentation. Heavy-hitting, stompy riffs are supported by epic, aggressive orchestral arrangements and cut through with razor-sharp melancholy.

Snovonne´s grandfather was, in his time, a reputable psychiatrist with a passion for fine arts and swing music. That had a significant influence on her artistic life. She continues: “I’ve always been fascinated by old medical journals and books… Grew up around it, family of doctors… So given the self-analytical tone of the record, it was only natural to make the artwork an old medical journal. The lyrics are my entries with dates when they were written, some of them I wrote when I was very young. As a parallel, I put in old articles from the 20’s, which I scanned from the original personal scrapbook of Dr. Frederick Finch Strong. He was a renowned persona of the last century – promoter of electrotherapy, cutting-edge in developing methods of treatment, and highly esoteric and eccentric. He was the first American to employ Tesla Coils therapeutically.”

Tags Rogue Records America Snovonne The Child And The Bitch 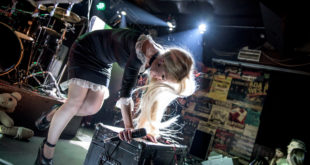