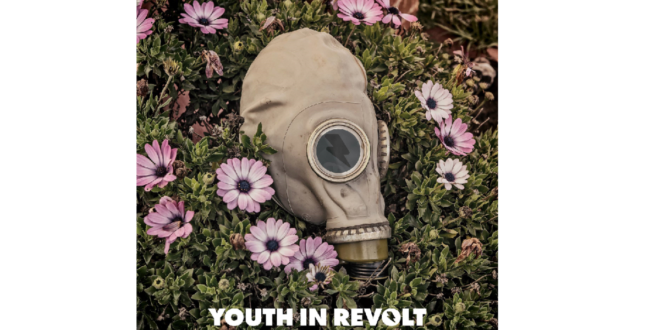 Youth in Revolt’s The Broken debuted on February 17th through Outerloop Records. The album contains eleven brand new songs including the fast-paced self titled single, ‘The Broken’. The band originates from Howell, New Jersey and and was formed in 2014, with vocalist Tanner Allen, Arvin Sarathy on drums, Alex Ramos on guitar, Chris Coletti also on guitar, and Kenny Torres doing bass and vocals. Together, this quintet has created a multi-faceted production that experiments in various styles with each of their songs.

Fast, intense riffs break through the silence when ‘Noise’ begins and the momentum is non-stop throughout the entirety of the song. Allen delivers lyrics with acute precision and inflection similar to Sleeping With Sirens’  Kellin Quinn and Pierce the Veil’s Vic Fuentes. The song in itself is reminiscent of Australian rockers, Hands Like Houses.

‘Love Is A Liar’s Game’ is a pop-punk anthem complete with rapid drums, screaming, and slightly predictable guitars. The infrequent broken-hearted “Whoa’s” tried to make the song more emotional but were forgotten amidst the back-to-back rage filled “Heys!”. A failed romance is no easy topic to express upon and this song reflected that. The vocal content seemed slightly scatterbrained and over-saturated.

‘Brisbane’ starts up with a gentle and super-clean acoustic riff that blends nicely with Allen’s falsetto. The song paints the image of an (extremely) long distance relationship trying to overcome hardships due to oceans and continents worth of separation.The tempo picks up slightly with soft drumming in the background and Allen is able to vocalize the emotions the lyrics are trying to express, but the acoustic guitars are definitely my favorite aspect of this track.

‘There For You’ is quick, passionate, and blended with metalcore-esque screaming. The drums and guitars are fun without overwhelming the vocals. Allen’s screams are explosive, well executed, and nicely balanced throughout the track. While the lyrics are a slightly repetitive, all-in-all this still an entertaining song.

Throwing in a curve ball with ‘Alright’, Youth in Revolt’s experiment with a pop-rock radio-friendly number. The song’s melodies are bright and cheery, completely lacking any aggression, heavy drumming, or screaming. The band has dipped their toes into popular mainstream material and has weaved it effortlessly within the album.

Wrapping up The Broken is ‘Only One’, a romantic down-tempo pop-ballad style song. It reminds me of a song in a dramatic scene from any of the rom-coms Hollywood has released; The characters have temporarily broken up due to a simple miscommunication.

Youth in Revolt has experimented with various genres and styles to express a strong message, love can quite possibly conquer all. The Broken is now available for purchase. To learn more about the band check them out at the links below: