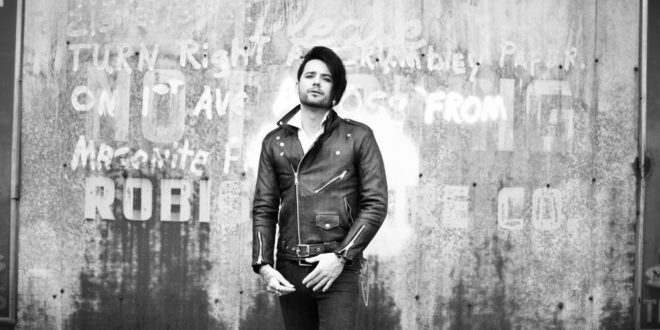 Hattiesburg, Mississippi-based Power Pop / Alternative Rockers Paul Johnson and The About Last Nights have released the Official Video their single, “Burn It Down.” Originally premiered on Relix, “Burn It Down” is the first single off of their forthcoming, debut EP, Give Up The Ghost, due Spring 2017.

“Really, it’s adolescence. Being young, bored and hopeful that one day things will be whatever we make it, but right now is all that matters. Looking back as adults, we sometimes see that maybe those were the best times of our lives. Getting through those years feels like an eternity, but in the grand scheme of things, it is only a moment.” – Paul Johnson

Paul Johnson & The About Last Nights may be from Mississippi, but this isn’t your traditional “southern rock. Singer/Songwriter Paul Johnson and Drummer Zack Lewis had a vision in mind, which was to play songs people want to sing, a kind of “Power Pop”, with the emphasis on “Power.” They unified on the principle of a “song first, honest music” mentality. High-energy rock n’ roll that draws from their influences like Cheap Trick and the Foo Fighters and at times the band recalls the performances of Weezer and Sloan in full-on rock mode, but never neglecting the art of the power balled. This is a band with a purpose, which is to make great music and have fun doing it and their live show prove that with reviews like:

Potent AC/DC-ish riffage kept aloft by crisp Tom Petty-ish harmonies, a passel of radio-ready rock songs built to appeal to everyone from fans of Pyromania-era Def Leppard, the anthemic paces of Smashing Pumpkins as well as the music that erupts from Active Rock radio today . — Mik Davis,The Chronical

Passion, the new music, and Live show are an example of that! I look forward to seeing/hearing people’s reaction to this great music from this great Rock n’ Roll band! – Kevin Mckay, WKSM.COM, 99ROCK

Their Debut Album\EP Give Up The Ghost is on the way. Their new single and music video “Burn It Down” will be released March 2017. Recorded in Atlanta, Georgia at RCRD Recording Studios and engineered by Dan Dixon (Pls Pls, The dropSonic) with 1st engineer Patrick McConkey, and produced by Tuk Smith of The Biters. The band’s debut video and first single, “Burn It Down” was directed by Rahim aka “Video Rahim“, with videographers Chance White, Matthew Hurley 2nd, and Ashley Simpson as Producer. Special effects makeup and creature by Shane Morton from Silver Scream FX Lab.