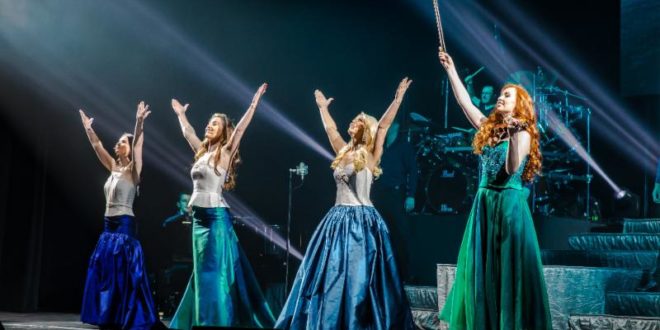 This release comes as the CELTIC WOMAN foursome are out on their Voices Of Angels tour.  The 84-city trek kicked off March 2 in Lakeland, FL and will take Celtic Woman across the country before wrapping June 25 in Lynn, MA.  The tour set list includes the aforementioned “Danny Boy” and the live debuts of “My Heart Will Go On” and “Time To Say Goodbye” from the  VOICES OF ANGELS album.

The tour is in support of last fall’s VOICES OF ANGELS album (Manhattan/Caroline).  The disc contains some of the most popular songs from the Celtic Woman repertoire, along with several previously unrecorded tracks, all with stunning new orchestral arrangements recorded with the 72-piece Orchestra of Ireland.  Celtic Woman has a remarkable 12-year-legacy of introducing the most talented singers and musicians from Ireland onto the world stage.