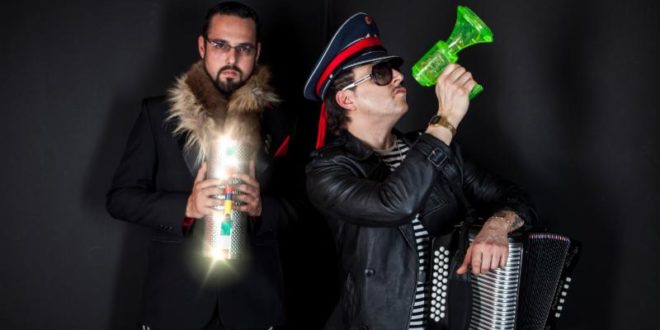 The Los Angeles-based electronic duo Mexican Dubwiser (comprised of Marcelo Tijerina and Ulises Lozano of Kinky) returns with the release of the official music video for their new, bilingual single “Lecture Me“. Featuring guest appearances by Tito Fuentes (Molotov) and MC Self Provoked, “Lecture Me” was filmed at the Linda Vista Mental Hospital in Los Angeles and mixes provocative and defiant lyrics with electronic rhythms, rap, and rock. The self-produced single will also be included on Mexican Dubwiser’s forthcoming album “Border Frequencies” (Kin Kon Records / The Music Joint), which is set for release in the U.S. on March 10th.

“Border Frequencies” is the next step in the duo’s sonic journey. With lyrics in both Spanish and English and special guest collaborations by an all-star list of musicians from Mexico and the United States.

Mexican Dubwiser will be celebrating the release of their new album with a live performance featuring a full band and guest artists at the Vive Latino Festival in Mexico City on Sunday March 19th and at Havana World Music Festival On March 25th.