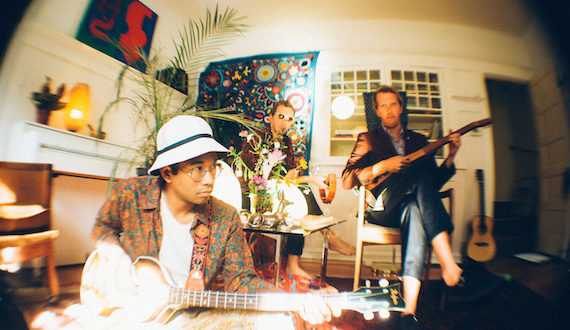 When Chaz Bundick (Toro Y Mois) joins forces with The Mattson 2 (twin brothers Jake and Johnathan Mattson), alternative music gains a whole new spectrum of cool. As a trio, this recently formed outfit has collaborated under the sensible moniker, Chaz Bundick Meets the Mattson 2. As such, listeners of both acts will feel right at home. The extent of their sound is captured through the single, “Star Stuff,” which combines familiar jazz-rock vibrancy with 60s popsike guitars. The band plans to release a debut album of the same name name on March 31.

Bundick had previously spoken with the Aquarium Drunkard on how this familiarity translates to a live setting, stating, “[We] definitely are looking to make it a show for everyone, Toro fans and Mattson fans, so it’s not gonna be too crazy instrumental, or too poppy for The Mattson fans, it’ll be a nice balance. Definitely gonna add some more vocals to the set.” He adds, “I think really, the way we jam is really amazing, so I think it’ll be fun to do that every night.”

Indeed, that live aesthetic will be utilized in their upcoming show at the Bowery Ballroom. The band is set to perform on Sunday, April 16, featuring special guest Madeline Kenney. Tickets for the show will cost $20. The doors will open at 8 PM.

For more information, head to www.boweryballroom.com

I come from a family who is passionate about all things music. I learned to sing at an early age, and by 13, had my very own Fender Strat guitar. I tried my hardest at learning all that I could. Because I was born with cerebral palsy, I had to teach myself an adaptive playing style. I learned to write and record my own music, despite these difficulties. In college, I started making great use of my writing abilities by reviewing music, as well as copy editing. I guess it's best to stick with what you know, while welcoming a fair challenge at the same time.
Previous Gallery: State Champs at the O2 ABC in Glasgow, 14.03.17
Next Gallery: Social Distortion at The House of Blues in Las Vegas, NV 03/03/17 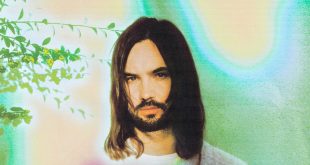