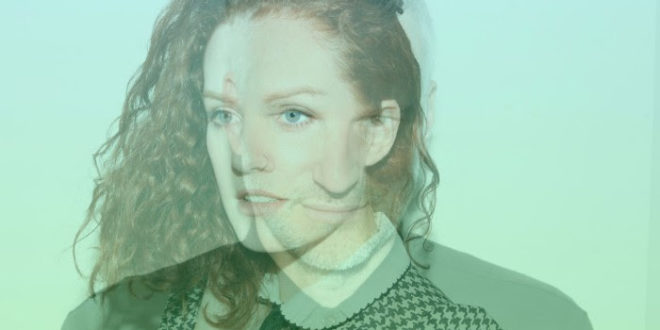 Album Review. The Dream Eaters: We Are a Curse

In late Spring 2017 The Dream Eaters, aka Jake Zavracky and Elizabeth LeBaron will release their LP We Are a Curse and it is the music dreams are made of.

The album opens with “Dead on the Inside” which is the best tune on the entire record.Lush vocals and dreamy musical landscapes paired with pitch perfect harmonies are what this pair of musical masters are known for they bring it to the forefront here in a more unique way. The content is darker with lyrics that speak of “gasping for air” and “sinking in the quicksand.” The sound of a bell ringing gets the tune going and sets the tone for its somber mood. It’s haunting and mesmerizing but still completely beautiful. At points in the chorus the vocals soar and have the ability to touch the soul in a way that few artists can. Close your eyes and let The Dream Eaters take you on a one of a kind stop that evokes emotions within and pours them out with a release we all need. Gorgeous and enthralling it’s hard to find a better song on the LP.

“Sugar Coma” is the perfect example of both Zavracky and LeBaron working together to produce a kind of lullaby that one could listen to on repeat all day and night. There’s a whimsical feel here that has much to do with the playful instrumentation that back up the vocalists so brilliantly. It’s like being on the best merry go round possible going round and round. Zavracky and LeBaron sing in unison and while their voices do blend together seamlessly with harmonies that are goosebump inducing one can also hear each voice individually never losing their identity in the track. The lyrics are a pure visual godsend and see The Dream Eaters pushing their own boundaries of what they can write as lyricists. When you put all of this together with an ethereal sound that the duo know how to create so well you are left with a standout moment on the LP.

The title track “We Are a Curse” is one not to be forgotten. Once again the harmonies are hypnotic and it is balanced between a more militarized drumbeat backing the two up, like they are marching to war. It is powerful while still being delicate as the instrumentation has a commanding presence over the vocals. But what stands out here are the lyrics that paint an immediate picture in listeners heads. “We suck young blood leaving the bodies strewn on the ground,” the two sing with such beauty creating a juxtaposition that sticks out on the album in the best way possible. The whole song leads up to our faithful vocalists repeating the phrase “we are the curse/we are the worst” and the more the sentence is said the more powerful and unsettling, yet dazzling, it becomes. It is definitely not a track to be missed.

The album on a whole flows from one song to the next making it a cohesive piece of art. There are a few missteps like “Neanderthals” which gets lost in the shuffle of better tracks, “Astral Asshole,” which is clever but comes off too crass in an otherwise stunning album and “Brazil Song” which drags at over five minutes. Still the LP is full of beautiful, sweeping moments that feel like being in a semi awake dream and Zavracky and LeBaron should be proud of what they have created.