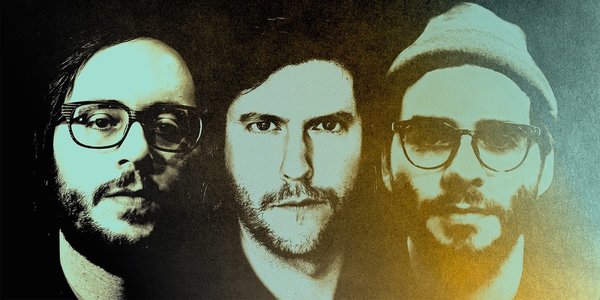 In Memphis, Tennessee’s alternative scene, Jeff Schmidtke and brothers Toby and Jake Vest worked to magnify their artistic stature for well over a decade. This all comes into perspective, starting with the burgeoning success of their first band, Augustine, as far back as 2003. Progressing through a multitude of projects, including the brothers’ now-renowned studio, High/Low Recording, and membership in various other bands, the trio maintains a steady, close-knit collaboration.

Said aesthetic was utilized via long distance in 2015. Toby remained in Memphis, while Jake and Jeff relocated to New York City and New Orleans. Thus, through a series of shared mp3 drafts and instant voice messages, Shadow Brother was born.

Following last year’s eponymous debut, Shadow Brother’s latest offering, Delta of Time, begins on a clean slate. Just one listen to the initial backdrop, and its elements come off fluid and breathable, not to mention improved. On the album’s opening title track, a prominent mid-80s new wave influence sets the mood for the instrumentation. Whereas the vocals in the previous album were laden with various effects, those here emit a direct, shimmering quality, and are simply tinged in reverb. From a thematic standpoint, the song marks the beginning of the subject’s journey, centering on their obliviousness to what could potentially fulfill them, as they tend to rush through life while shrouded in darkness. Next up is “Little Things,” which continues along a slightly more somber tone. Its theme directly expounds on the genesis of this sudden behavior, for instance, a fear stemming from sparse, yet resonant familial judgment. The extent is emphasized in the sense that a simple creative session can mutate into a storm within one’s brain. What is gradually noted, though, is the need to release from such hindrances and subsequently move forward. From there, “Slept it Away” and “Never Sleep” mark a shift toward progressive leanings. At this point, the album’s subject is abruptly taken out of their momentary calm. Their mind begins to wander aimlessly, to the effect of even the most sedating drugs proving futile. A sense of doubt undermines the notion that their friends live fulfilling lives, while they are left to cope alone. However, “Keep Going” sees that mindset become triumphant, upon the realization that those once looming issues can be handled not only civilly, but independently as well.

“Against the Beat” begins the latter part of the album, revitalizing its momentum while sustaining a level of confidence. I appreciated how the finger-picked acoustics were accentuated by singular overdriven strikes. The guitar/vocal interplay peaks, particularly once the harmonies come in and transform its backing atmosphere. Untitled interludes also serve as a returning aspect in pacing the album. The first of which (#3) offsets mutual sounding guitars with sharp reverse synths, while the second (#9) is a simpler, calming piano-based arrangement. In conjunction with these pieces, “Never Grow Old” celebrates the acquiring newfound freedom. With this comes a surge of emotional growth, that when applied to the album’s remainder (“Passenger’s Ghost” and “Whispered Lies”), once trying times are now handled swiftly and gracefully.

Overall, Delta of Time feels like a rightful successor to their self-titled debut. Its reimagined schematics provide a fresh sound, and are still faithful to the band’s identity. To an extent, this especially enhances the pertinence of the content, allowing for its core of tenacity and determination to reach listeners with ease.

I come from a family who is passionate about all things music. I learned to sing at an early age, and by 13, had my very own Fender Strat guitar. I tried my hardest at learning all that I could. Because I was born with cerebral palsy, I had to teach myself an adaptive playing style. I learned to write and record my own music, despite these difficulties. In college, I started making great use of my writing abilities by reviewing music, as well as copy editing. I guess it's best to stick with what you know, while welcoming a fair challenge at the same time.
Previous Daybreak Embrace Release Music Video for “The Moment”
Next Fernando Triff Announces A New Hit Coming Soon!