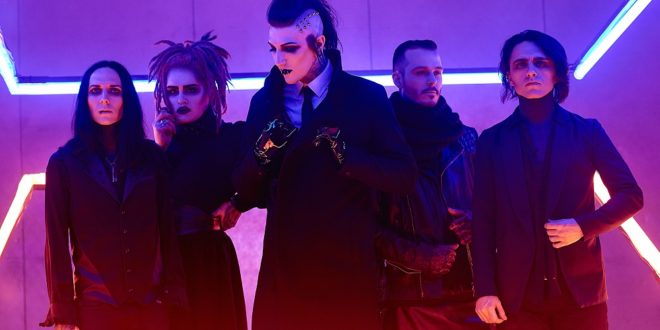 Roadrunner recording group Motionless In White have unveiled their new single “LOUD (F*ck It),” which is taken from their anticipated label debut album, GRAVEYARD SHIFT. The Track, which debuted on Sirius Octane, is streaming now accompanied by an official music video on Motionless In White’s YouTube Channel.

GRAVEYARD SHIFT is available for pre-order today at all DSPs and www.motionlessinwhite.net, with all pre-orders receiving an instant grat download of the new single, “LOUD (F*ck It),” as well as the powerful previously released tracks “570” and “Eternally Yours.”

GRAVEYARD SHIFT’s striking artwork was selected from over 2000 contest entries from fans and designers in partnership with Creative Allies.  The contest’s winner, Crystal Johnson, created the album’s cover as well as other elements in the album package (see album art / track listing below).

Previous Made From Scratch, by Alex Stickels
Next Hell or Highwater Debut New Song “I Want It All” + Tour with Nothing More