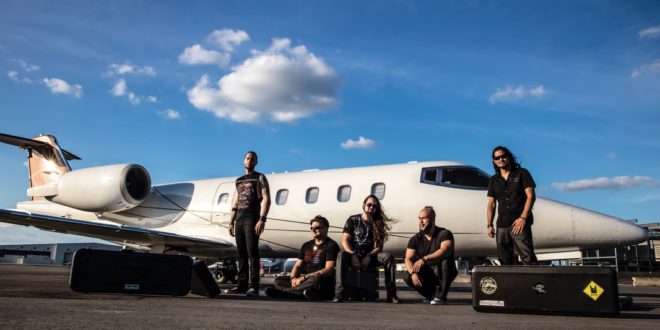 South Florida based Alternative Rock/Metal band Daybreak Embrace has released the Official Music Video for their newest single, “The Moment.” Utilizing footage from their performance at Woodstock Poland 2016, “The Moment” was self-filmed and includes live stage shots as well as behind the scenes moments.

“The Moment” is a tribute to the fans and family gained on a cross-continent journey full of love, life and loud music.” – Kenny Figueroa (Guitar)

“We realize that we are living dreams right now because of your love and support.” – Ryan “Fry” Dorries (Bass)

Buy “The Moment” on iTunes

Formed in 2009, South Florida based band Daybreak Embrace aims to become more than a genre. Though their foundation is firm on energetic Rock, D/E members take pride in being true admirers of all music. Listening you may find they pull influence from many different directions such as Electronic, Alternative, R&B, Progressive, Metal, and more. In 2010, D/E released their first EP, Tomorrow Awaits, under the direction of Producer Paul Trust, who also produced Mercury, their second EP released in 2013. After two semi-national tours and global sales under the independent label Capsule Music, D/E has begun to establish themselves as a mainstay in the coming generation of innovative music.

Previous Hell or Highwater Debut New Song “I Want It All” + Tour with Nothing More
Next Album Review: Shadow Brother – Delta of Time