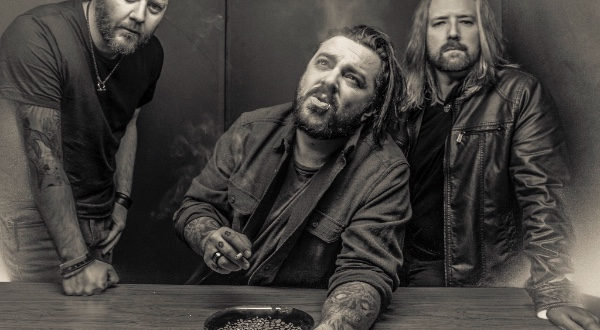 Seether (Shaun Morgan — vocals/guitar, Dale Stewart — bass/vocals, and John Humphrey — drums) have revealed details for the Poison the Parish World Tour, which includes headline shows and major festival appearances throughout the spring and summer of 2017. The extensive touring plans come in support of Poison the Parish, their recently announced seventh studio album, set for release via Canine Riot Records on May 12, 2017.

Tickets go on sale Friday, March 3 at 10AM local time. Every ticket order will include a physical copy of Poison the Parish. Ticket and VIP package information can be found at here.

A portion of all tickets sold for the Poison the Parish World Tour will benefit the Rise Above Fund, which is a subset of Suicide Awareness Voices of Education, the largest suicide prevention organization in the country and the band’s partner on the Rise Above Fest.

Guitarist Clint Lowery of Sevendust will augment the band’s line-up throughout the upcoming trek, adding his signature axe-work to Seether’s new songs and deep repertoire.

“Goddamn, it’s good to be back!,” says Morgan. “We spent the better part of a year writing and recording Poison the Parish, and now it’s time to get out there and play that fucker to the fans. We’ve been working on some upgrades to the production and the live sound, which includes welcoming our brother, Clint Lowery (from fucking Sevendust!) into the fold to help us thicken up that live sound experience.

“We want this tour to be exciting and different — a departure from what people expect from us, while retaining the qualities that make us unique, in order to entertain the fans. It’s going to be loud, heavy, old school Seether with a couple of twists thrown in to keep things exciting.”

Recorded at Blackbird Studio in Nashville, Tennessee, Poison the Parish marks the first album produced in its entirety by Morgan and is also the first release on Canine Riot Records, his new label imprint via Concord Records. The album’s epic lead single “Let You Down,” premiered last week; listen to it here. Watch the track’s beautifully shot, horror-inspired video here.

Morgan captured Seether in what is surely one of the heaviest and most emotionally pure efforts of the band’s illustrious career. This is Seether at their very best — a gripping and self-assured affirmation of a quintessential hard rock band in peak form.