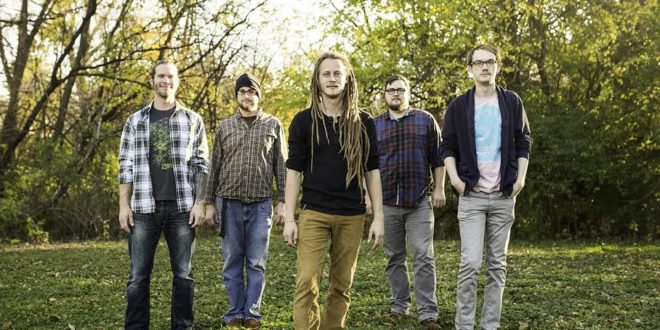 In honor of their upcoming release and select dates, Des Moines-based, indie soul collective, GoodcaT, share a live video, “Get It,” (Live at Lefty’s), which debuted on Live In Limbo. The band is currently gearing up for the release of their new album, To Eternity. Last month, title track and music video, “To Eternity” premiered on Impose Magazine – check out the full piece here. To Eternity is due out in March 2017.

GoodcaT was born out of a spontaneous jam session in the summer of 2012, when Nels Dovre and Mark Owens needed a break from the heat of Des Moines largest music festival, 80/35. Four months later, after many more jam sessions, GoodcaT had found a name, talented electric guitarist, Ben Dixon, and the rest of their five-piece band. Around this time Nels had a dream about subjective reality that would grow and become the basis for GoodcaT’s three album collection, And So…, Keep Sinking In and To Eternity. GoodcaT brings intense focus to every song, incorporating heady bass lines and lush soundscapes by means of acoustic guitar, violin and tasty spacious electric guitar effects over a dance pocket. With each track, GoodcaT’s musical mastery shines through with thoughtful orchestration and an unexpected fusion of genre. GoodcaT’s captivating live performances are said to get the audience members’ thoughts flowing and bodies grooving.

The band has spent the last four years producing these three albums, developing their brand, building a following in Des Moines and many surrounding mid-west cities. With the release of their upcoming album GoodcaT looks to expand their horizons with national tours and wide reach. Each component to the three part project focuses on existence within the concept time. And So…, the first installment of the project, is about releasing from the past and looking forward; Keep Sinking In, the second part, is about finding presence in the ever-now; and To Eternity, the final component, is about the singularity of all action existing in the same moment, displayed in the infinite cycles found throughout nature. Join us this time around as we gaze inwards and outwards, To Eternity.

Previous Seether Announce New Album “Poison the Parish” – Watch “Let You Down” Video Now!
Next BOSTON MANOR DROP NEW VIDEO FOR “BURN YOU UP” AND KICK OFF NORTH AMERICAN TOUR