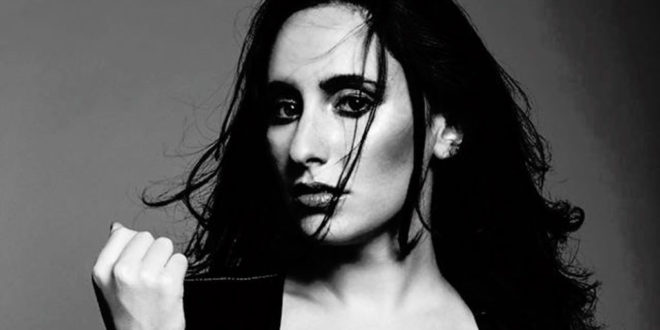 Without question, it takes guts to be a strong, independent woman in today’s society. Luckily, role models abound and even more are on the rise—including Brooklyn-based musician, Madeleine Dopico.

Just a few short years ago, the University of Pennsylvania-graduate was working fulltime at a healthcare technology startup. That is, until she asked herself whether she would feel fulfilled should this be what she does with her life. The answer was no, accompanied with a realization that now was the time to bet on herself and pursue music professionally. And so, she left behind the security offered by a 9-to-5 and took the leap required to actualize her dream.

Talking with Dopico now, it seems only a matter of time before the singer-songwriter makes it big. Her single, “Nice Boy,” has accumulated more than 200,000 listens to date. She’s hot off of a residency at New York City’s Pianos, with another show coming up at the Knitting Factory in Brooklyn on March 8th (tickets here). And her motivation is endless—in fact, Dopico is an example of the characteristics an aspiring musician needs to thrive, including:

– Passion – She quit a steady income to commit herself to music fulltime. If that’s not passion, what is? Not only that, but Dopico speaks fervently about her craft and her plans for the future. (Seriously, it’s impossible to speak with the woman and not come away impressed with her level of commitment.)

– Talent – Dopico sounds like a cross between Adele and Alanis Morissette, meaning she’s got soul and a certain sharp-witted badassery. If there is one thing readers should take away from this post, it is that this woman can sing. Don’t believe me? Check out her acoustic performance of “When I’m Gone” for Sofar Sounds here.

– Integrity – Musically, Dopico refuses to be put into a box or any one genre. Her new single and first rock track, “Me to Bleed,” proves it—especially when compared to the other songs linked above.

– Business Acumen – When asked about what she hoped to accomplish over the next year, Dopico was not shy about wanting to get noticed by more listeners and the struggle of making a name for yourself as a musician. Her current strategy—accompanying each released single with a separate look, photo shoot, and other promotional offerings—is certainly unique and rewards loyal followers with something new every so often. Not only that, but the changing image matches the multifaceted nature of music perfectly.

– Social Awareness – It is no secret that the 2016 presidential election in the United States was a tumultuous one, and Trump’s electoral college victory came as both a shock and a frightening turn of events for many. Understanding the darkness that could surround many of her peers after the announcement was made, Dopico wrote a new song—“Keepin On”—and posted it to her social media with the note, “…for all the Americans who need an extra reminder that we can do this together. Please spread this to anyone, with love [or] in need of a reminder that we have to keep keeping on.” Side note: check out those pipes.

In essence, Music Existence’s conversation confirmed that Dopico is a woman who not only knows what she wants, but also has an actionable plan to take it. Her talent and conviction makes it only a matter of time before she reaches her vision of success.

Want to know more about Madeleine Dopico? Check her out at the following!