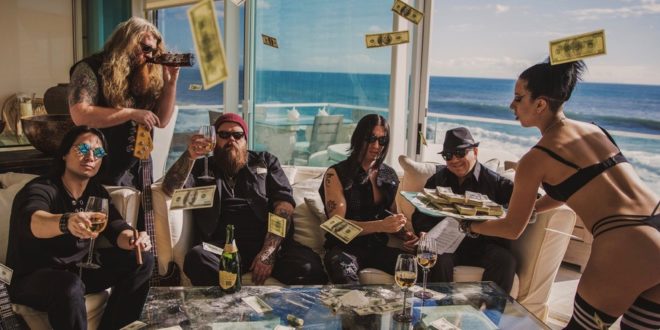 “It feels good to be back at it again, like an old lover who fucked you better than anyone before or after” said Zane during a decadent signing party at the DSN Music complex in Malibu, CA. “Everyone has those moments when you resurrect and reinvent. This album Rise From The Dead is one of those moments.”

“For me this isn’t so much of a return for the band but more a return of
my understanding of how necessary musical exploration is to my existence,” said Zane.

Society 1 gained a name for itself nationally for their wild stage antics,
including the Download Festival in 2005, where Zane broke several records by performing the entire set suspended from 4 meat hooks through his back.

“Lord Zane is one of the most talented individuals you will ever come in
contact in our industry these days” said DSN President Guy Giuliano. “He has conquered every media platform, with a level of true professionalism, and he’s only really just getting started!”

Rise From The Dead goes on sale worldwide March7, 2017 online and through all mobile outlets.