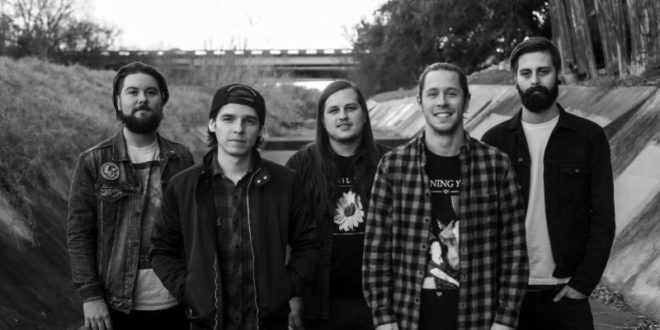 Sitting at the center of the post-hardcore revival comes Austin’s genre defying rock outfit Nominee, consisting of Chris Mclelland, Andrew Exchavarria, Cameron Kisel and Stephen Flynn. The band draw influences from past hardships, personal stories, and triumphant battles to showcase their relentless ambition to create an alternative sound that is as dynamic, as infectious. With their passion to tell personal stories, the 4-piece developed a gritty, battered-and-worn style to their music that exudes energy, dedication, and triumph. After years of hard work the band released Drag Me Out, the band’s most personal record to date, a concept album that displays hardship and struggle with mental illness. To celebrate this monumental release, the band will be hitting the road on a co-headlining tour with Sundressed which will kick off at So What?! Music Festival on 3/26. The tour will make its way through the midwest and and up through the northeast hitting major cities like Chicago, Columbus, and  Philadelphia, before making its way through the band’s home state of Texas. The band will be playing in Austin on April 10th at the Sidewinder! Ticks are on sale now!

What fans soon find out is the EP is a telling of tales by Chris Mclelland and his personal triumph with Bipolar Disease. Mclelland expands of the overarching theme of Drag Me Out, “The record is about admitting that you’re not okay and trusting someone enough to tell them. We collaborate on all of our songs. Usually one of us will bring an idea to the table to get the wheels turning and we’ll go from there. Musically, Drag Me Out is a reflection of who we are as a band.” Drag Me Out, is due out January 26th and was produced and recorded by Kory Gables (Major League, I Call Fives, Born Without Bones) and mastered by Bill Henderson with all pre-production by Joseph Milligan of Anberlin. Fans can purchase Drag Me Out HERE!