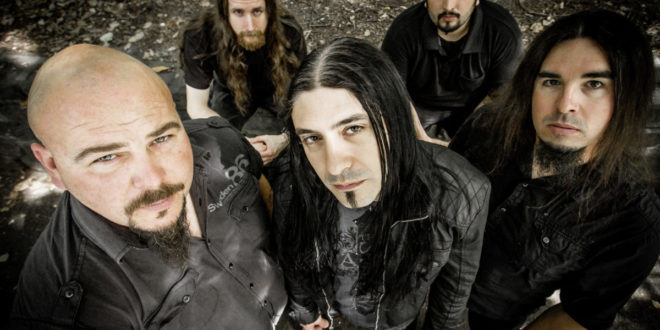 For those unfamiliar with the original album, let’s first take a look at Tangled in Dream in its individual version. The album opens with “Surreal” which has a nice spacey beginning and then transitions into orchestral instrumentals. This opening could be compared to the symphonic metal genre, though the more progressive instrumentation that eventually takes over is more similar to the likes of Rush. There is also some notably good production which gives the vocals a pleasing echoed aesthetic. This blend of symphonic metal and progressive rock continues onto the next couple of tracks “Samsara” and “Closer Apart.” These tracks are heavy enough for metal fans to enjoy but they also offer welcoming catchy hooks that more casual hard rock listeners will appreciate.

Tangled in Dream takes a much slower approach once it reaches track six, “The Real You.” Even though the lyrics could be considered cheesey, the acoustic guitars give the track an impressively different style and lead singer Silvio Massaro absolutely seals the deal thanks to his skill and personality. The following track, “Two Minds One Soul,” continues the quieter vibe and produces a sound that is quite similar to Opeth’s Damnation with maybe a little bit of Iron Maiden influence thrown in as well especially in the vocal harmonies. This trend carries over into the ninth track, “Dancing with the Devil.” This song is definitely one of the most different moments on the album due to its mainly pure piano instrumentals. This track is the slowest moment on the album and it arguably strays away from the band’s usual metal sound, though it works as a nice breath of fresh air compared to the record’s heavier moments. This all leads up to the final track, “Tangled in Dreams” which is the most fascinating moment on the entire album. This track has a shorter runtime, especially compared to the other songs, and focuses on a much more somber yet curious sound. The light, almost electronic atmosphere is somewhat reminiscent of “Hurt” by Nine Inch Nails. It’s a deeply shivering song that might just be the best track on the stacked album and it’s sure to leave a lasting impression on listeners.

Disk two begins with “Samsara II,” a newly recorded version of the original track, and thanks to the heavier string section and better production, especially in the vocals, this track is a solid improvement over the original, already impressive song. The following track is a cover of Journey’s “Separate Ways” and as odd as it might sound, this song actually works better than one might believe thanks to the heavier guitar work and Massaro’s ability to hold his own when performing the work of Steve Perry. The impressive covers continue when Vanishing Point try their hands at Pink Floyd’s “On the Turning Away.” This track does a fantastic job of combining the band’s hard rock roots with the lighter shades of Pink Floyd in order to fashion a nice piece of progressive metal.

This disk ends with five live versions of previously recorded tracks. These tracks, two of which appear on Tangled in Dream while the other three are from previous records, are performed entirely acoustically. While the vocals sounds a bit too hushed in the recording, these are still immensely enjoyable moments on this album. As mentioned earlier, Vanishing Point are quite skilled at toning down their heavier sound in order to bring forth softer performances and these tracks are perfect examples of the band’s talent and range. With the inclusion of classical string sections at certain points, these acoustic ballads have a more emotionally gripping sound to them. The stripped down sound of these tracks, despite the somewhat muffled production, are a soothing farewell after such a hefty listen.

While there is plenty of admirable metal music to dive into, the dual-disc’s long running time does indeed have its negative effects. Tangled in Dream already features some lengthier tracks, at least for those who might be newer to metal music, so when that time frame is nearly doubled it’s understandable how some listeners could find the album’s style to be dry from time to time. Even earlier tracks like “Never Walk Away” and “I Will Awake” can feel a bit sterile compared to the already hearty tracks that have come before them. For fans of Vanishing Point, this will surely not be a turnoff since there is a fair amount of new material to be found but for those who are unfamiliar with the band then the sheer amount of music could make it an arduous listening experience from beginning to end.

This double disk re-release is definitely a lengthy experience to have in one sitting, though there are enough bright moments to keep it from going stale. Vanishing Point are not just a talented metal band, they’re a distinctly diverse quintet who are capable of changing their sounds in a multitude of ways to create imaginative forms of hard rock. Vanishing Point are vets who are absolute listens for fans of symphonic metal and Tangled in Dream is the epitome of how uniquely heavy and calculated their music is orchestrated.

Cain Miller is an aspiring writer who hopes to work his way up and gain notoriety for his material. Having written about film, television, music, and sports, Cain is always looking to gain as much experience as he can and continue to improve his writing abilities.
@cainemiller
Previous Gallery: Sevendust at Culture Room , Ft. Lauderdale, FL 1.15.2017
Next Gallery: Sundara Karma at Newcastle O2 Academy, 31.1.17