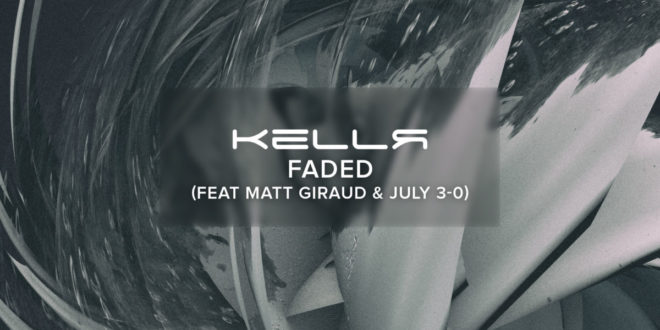 New York, NY – Producer / engineer KELLR ​released his brand new single “Faded” ​featuring Matt
Giraud ​(American Idol Season 8) and July 3-0 ​(The A’z). “Faded” ​is the first single is off KELLR’s
upcoming debut EP ​ ​ Hear My Voice, slated for a Summer 2017 release. With lyrics co-written by Giraud
and Davis Mallory​ (Real World Denver), the single came about during a writing session when the
instrumental for “Faded” ​caught their attention. July 3-0​ was later brought on to record a verse and
complete “Faded”​. The single was recorded and produced by KELLR ​between Nashville and California.

Nashville-based musician, KELLR, gre ​ w up in a musical household and began creating music of his own
around the age of 11. Music stayed a part of his life since and after leaving an IT job 5 years ago, he
jumped full force into creating music. After collaborating for years, KELLR ​decided to start working on
his own project in 2014. KELLR ​began constructing the instrumentals for the EP and then reached out
to vocalists to complete the release. The title ​ for the EP, Hear My Voice, came about on a trip to the
Smithsonian. While touring the sound exhibit, KELLR ​learned the first words spoken Alexander Graham
Bell through recorded transmission were “hear my voice.” He immediately new that was the title to his
EP. Take a listen to “Faded” ​below and stay tuned for more from KELLR ​including his debut EP, Hear
​ My Voice!