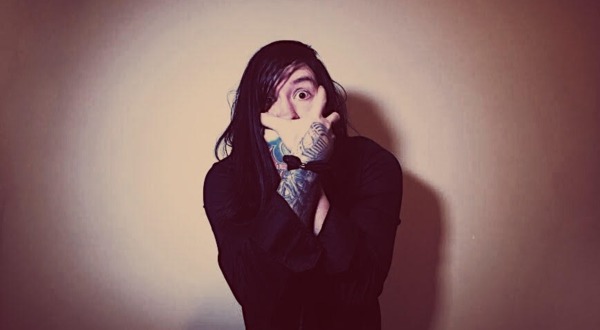 The highly anticipated return of The Dead Rabbitts is finally here. The band released their Tragic Hero Records debut full length, Shapeshifter back in 2014 and is excited to premiere the first track, “Dead Again” off their upcoming album This Emptiness.

“Dead Again” is about using substances as coping mechanisms, as evidenced in the song when Craig Mabbitt sings, “a shot to kill the pain, A drink to drown the shame. No matter what I do, it always hurts the same”. The song is very personal to Mabbitt as he explained, “This song is a reflection of myself, and the foolish ways I cope with pain. I realized that consuming substances for the wrong reasons can send you on a downward spiral, and no matter what you do, it will still hurt the same. Just gotta learn how to pick yourself up and end that cycle.”

“Dead Again” is available on all streaming platforms (Spotify, iTunes, Bandcamp,Google Play, Amazon Music, SoundCloud) and pre orders for This Emptiness will be available on 2/14.

The Dead Rabbitts are a metalcore super group from Phoenix, AZ. The band is comprised of Craig Mabbitt (Escape the Fate), TJ Bell (Escape the Fate, Motionless in White), and Rob Pierce . The music is largely reminiscent of Mabbitt’s previous groups Blessthefall and The Word Alive with Mabbitt telling AltPress “this is what I wanted to do with The Word Alive.” It’s a heavier bombardment of sound than Escape The Fate fans will be used to, but is still filled with plenty of hooks and harmonies.

After the release of their first EP Edge of Reality (produced by Caleb Shomo of Attack, Attack! and Beartooth) and a successful tour with Get Scared, The Dead Rabbitts signed with Tragic Hero Records. “It pretty much fell into place”, says Mabbitt. “I called Escape The Fate’s old manager. I said, ‘If you’re interested, why don’t you manage this project?’ He said, ‘Cool. Well, I’m managing A Skylit Drive right now and they’re on Tragic Hero. Show me some songs.” So I did, and everybody loved them.

Mabbitt and The Dead Rabbitts immediately began work on a full-length album with Andrew Wade (A Day To Remember, Motionless in White) in Ocala, Florida. “Wade took a lot of the songs and fucking killed it, in a good way,” says Mabbitt. “He took one of my least-favorite songs that we recorded, and now it’s the whole band’s favorite. It’s crazy how much something so simple can completely change a song.” The album is entitled Shapeshifter (out 2014) and is even heavier and faster than Edge of Reality. The record also features a sexually charged raucous tune with Ashley Costello of New Years Day.

After staying quiet for three years, 2017 was the return of the Rabbitts as the band premiered, “Dead Again”, off their upcoming album This Emptiness.