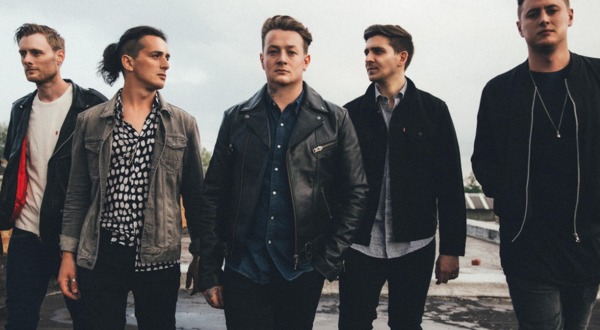 The future looked grim for UK-based outfit, Deaf Havana, in 2013. While the band was hot off the success of its Old Souls album, a mix of financial stress and interpersonal turmoil almost brought the band to call it quits.

Four years later, with new management and a new label (So Recordings) on their side, the boys are back with what might be their most honest record to date, All These Countless Nights. Twelve tracks and around 50 minutes in length, the album is a shining embodiment of alternative rock. Think strong vocals, moments of high intensity, and catchy choruses. While the vocals often take center stage, the rest of the band also puts on a solid performance throughout each track—showcased through crystal clear production. All These Countless Nights is also rather diverse, almost as if the band channels different influences from track to track.

This range can be a bit confusing when considering the different sounds or vibes of released singles: “Sing,” “Cassiopeia,” “Trigger,” and most recently, “Fever.” That said, the nuances between tracks make All These Countless Nights an engaging listen, and the variance seems fitting for the lyrical themes of the album—all of which seem to revolve around the story of a recovering alcoholic working to undo or move on from the damage their addiction has caused. On a larger scale, the songs echo the motions of getting through life’s ups and downs.

Take the poignant chorus of the fourth track, “Happiness”: “Because it eats away at everything / But mostly love / And the strength we built between us / And all the time it takes to build the trust right back up / Is it worth a single drop or glass of anything?”

They might not be the most subtle lyrics, but they are vulnerable. And, when vocalized by James Veck-Gilodi (especially during the track’s acoustic moments), it’s hard to escape the vulnerability or pain of the situation.

True to its varied nature, “Fever” comes next and moves the listener on from one of the more depressing moments on the piece to a fast-paced anthem.

In sum, All These Countless Nights is a triumphant comeback from a band that was on the edge of dissolution. It packs an emotional punch with the performance of a well-oiled machine, and is an interesting study of a relatable human experience. But just take my word for it; give it a listen at the following links: iTunes | Amazon | Google Play

Want to know more about Deaf Havana? Check them out at http://www.deafhavanaofficial.com/ or on tour!