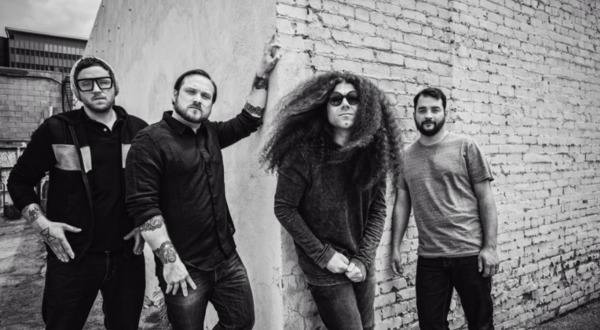 The multi-dimensional, progressive-rock band, Coheed and Cambria announced today that they will be touring the US this spring, performing their landmark third album, Good Apollo, I’m Burning Star IV: From Fear Through The Eyes of Madness, in its entirety. The tour, entitled NEVERENDER GAIBSIV, will take the band across North America commencing on April 11, and ending May 20, and including stops at the Hollywood Palladium; Aragon Theater in Chicago; and the Blues Hill Bank Pavilion in Boston.  Support on all non-festival dates will be from The Dear Hunter.  Full list of dates are listed below.

Good Apollo, The epic 72-minute recording considered by most as the bands most progressive album, and including two of the band’s most known singles (Welcome Home and The Suffering) and  selling over a million records worldwide. The band’s legion of fans grows every year, and the NEVERENDER concept now holds a special place within the culture of the Coheed community. NEVERENDER is the moniker given to these album performances by the band and it first started in 2008, when Coheed performed their first 4 albums over 4 nights – completing the feat in 4 different cities – New York, London, Chicago and Los Angeles.  The band’s concept albums lend themselves particularly well to the live setting.

Simultaneously, singer Claudio Sanchez announced on CBR.com (Comic Book Resources) his plans to release a 12-issue comic book for “Good Apollo” as part of his The Amory Wars series which comes this spring from Boom! Studios.  The story, which loosely follows the lyrics of the album, centers around protagonist Claudio Kilgannon and the shocking discovery that he is The Crowing, a entity prophesied about in the holy book, who must dole out God’s judgment to destroy the universe.

Tickets for NEVERENDER GAIBSIV go on sale to the public this Friday, January 27, but one can find tickets sooner by visiting coheedandcambria.com.