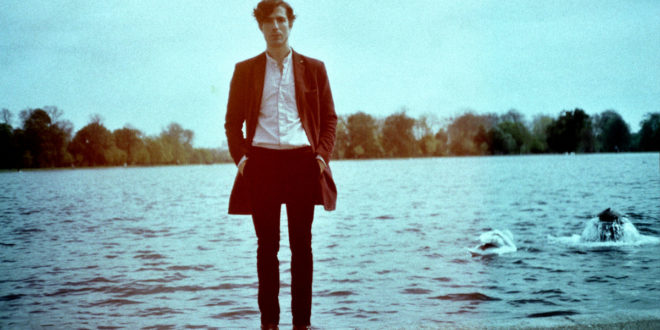 On Monday, Los Angeles based musician Guy Blakeslee (aka ENTRANCE), released a new track, “Not Gonna Say Your Name,” in advance of the President-elect’s impending inauguration.  And now, there is a video to coincide with the song as well, a beautifully-edited and emotional collaboration of fan submitted footage from protests that have taken place all over the country since the November election. Visit the link or click the screenshot above to watch.

“Not Gonna Say Your Name” is now available via Thrill Jockey on participating DSPs, with all proceeds from song purchases and streams going directly to Planned Parenthood, an organization that Blakeslee holds near and dear to his heart.  “I decided to use the song to benefit PP because one of the things that is so shocking about the election result is that it sends such a negative message to women and girls,” he says.  “It’s the least I could do – for all of the women in the world, in my life, and especially for my mother – to fight back and make a clear statement that we will not accept this backwards agenda.”

Entrance is also honored to announce that he will be performing at a Planned Parenthood Benefit taking place in Los Angeles at the Teragram Ballroom this Valentine’s Day alongside artists including Ty Segall, Kevin Morby, and King Tuff.

“Not Gonna Say Your Name” is now available for purchase and streaming via all DSPs and can be found here via Bandcamp, Thrill Jockey, Spotify, iTunes and Youtube – with all proceeds being donated to Planned Parenthood. ENTRANCE will also be releasing Book of Changes, his first album in almost a decade, on February 24, via Thrill Jockey.

Book of Changes documents the journey back to ENTRANCE for an artist who has gone through a creative rebirth. Guy Blakeslee’s 10-song set is the first new ENTRANCE album in more than a decade and he’s joined by several very talented friends including former bandmate Paz Lenchantin (Pixies, Silver Jews), Frank Lenz (Pedro the Lion, The Weepies) and Lael Neale.  The album was produced by Blakeslee with the help of American songwriter, producer, and multi-instrumentalist David Vandervelde (Father John Misty, Tim Kinsella, Jay Bennett) who also mixed the album.  Additional mixing from Chris Coady (Future Islands, Cass McCombs, Tobias Jesso Jr.) who lent his talents to focus track “Always the Right Time.”  Book of Changes was mastered by Grammy Nominated engineer Sarah Register (David Bowie, The Shins).