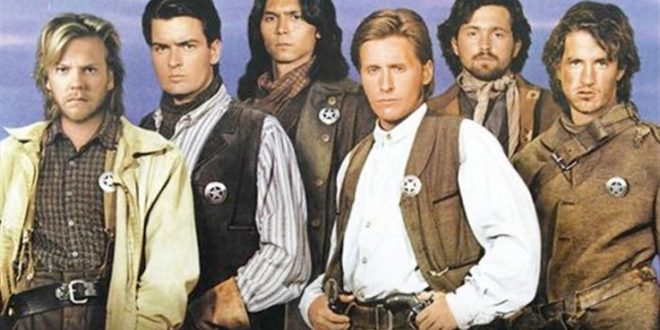 On Friday, Anthony Marinelli & Brain Banks, the original composers of the 1980’s cult classic, Young Guns, teamed up with Rusted Wave and Light In The Attic Records to release the film’s soundtrack to the public for the very first time on any format. The album will be released as a limited edition 180 gram vinyl with only 1,000 units pressed. It is also be available for purchase on digital platforms including iTunes, Amazon and Google Play.

Marnelli’s iconic roll in the 1988 film happened somewhat by chance. When production team (producer Joe Roth and director Christopher Cain) found himself unsatisfied with the film’s original score, Marinelli and Banks were brought in for a complete rework very late in the production of the film. The duo scored the film, as it is heard today, in a matter of days.

The hauntingly-melancholy score for the film, which stars Emilio Estevez, Kiefer Sutherland, Charlie Sheen, Lou Diamond Phillips, Dermot Mulroney and Casey Siemaszko, impeccably enhances the off-kilter and emotionally charged life of Billy The Kid. The soundtrack joins other cult films on Marinelli’s remarkable resume, including Leaving Las Vegas, and contributions on The Color Purple and War Games. Through his career, Marinelli has also collaborated with Quincy Jones, James Brown and Chuck D, and has performed on albums including Michael Jackson’s Thriller and Lionel Ritchie’s Can’t Slow Down.

Rusted Wave, which previously released the Wet Hot American Summer soundtrack, launched a fully-funded Kickstarter to bring the Young Guns soundtrack to life for the first time. Rusted Wave’s Chief Merchandising Officer, Jake Lamme, spoke with Modern Vinyl,to discuss why Young Guns was selected as their next project. He explained, “Young Guns was one of my favorite films growing up! When it was released in 1988, it was a modern take on pretty tired genre, which totally appealed to me even as a kid. It was so different than the old John Wayne or spaghetti westerns that my dad always watched. After nearly 30 years, it still stands up – in large part due to the score. I searched high and low for this album over the years until I recently learned that it had never been released. Once I found that out, it was a no-brainer for Rusted Wave to secure the rights to release it.”

More information on the release of the Young Guns soundtrack can be found on the Rusted Wave website or through the label’s social media. 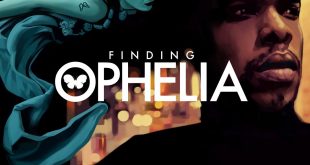 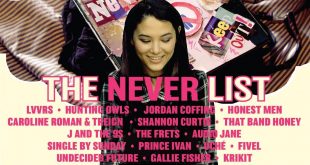