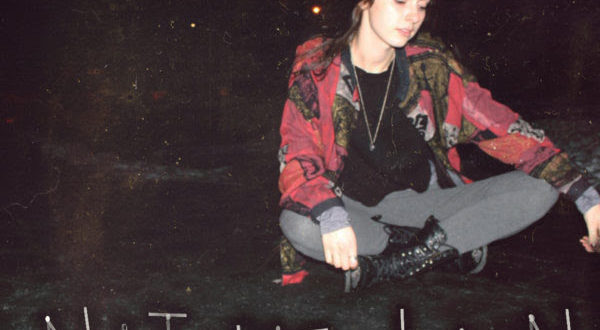 Natalie Lain’s self titled debut EP dropped earlier this month and it’s a great showcase of the talent Lain has and an indication of her future in the very competitive music world.

“Murder is Forever” is a dark tune that starts off with angelic ethereal oooh’s that set up the rest of the track. “I met you on the corner of innocence and something that was a bit more extreme,” Lain sings, purposeful in her commanding manner, but still playful. It’s a rather upbeat song that is stripped in some parts, allowing Lain to shine as the star singer songwriter she is. Her rapid speech brings a different dimension to the tune, making the dark imagery seem whimsical. “You stood there right in front of me with blood dripping from your teeth asking if you could stay,” Lain lays out leaving the listeners imagination to really picture the metaphorical scenario. It has quite a catchy beat and a commercial appeal, quirky and clever, and is one of the strongest tracks on the EP.

Elsewhere on the album is “No Turning Back” a midtempo tune which is right in Lain’s wheelhouse. Once again Lain uses a sharp tongue, and a fast paced delivery on the verses, which helps make her unique and stand out in the current music scene. It almost feels like a spoken word poem come to life by an artist and it’s an experience that listeners will be sure to find extremely new and fresh to the ears. The layering of vocals on the song raises the excellent production the track already has, and the breakdown, with handclaps included, serves as a great moment for listeners to sing along to. It has a bit of an ambient vibe but feels very modern in the pop/alternative genre. Packed with more lyrics than most songs typically have, Lain proves time and time again that she is first and foremost a storyteller and she does not disappoint.

The best of the best on Lain’s self titled EP is the first track “Bruises.” It’s dramatic in the best way possible with smoky and hazy vocals that are powerful and dark, mixing well with the haunting background vocals, quiet but commanding. “My body gets bruises but it just makes me feel alive,” Lain growls, thought provoking and polished. If there is one song to put on repeat on the album this is it. As Lain sings “you’re getting to old to stay up late/the ghosts will haunt you anyway,” one can’t help but get goosebumps. Lain balances harsh lyrics with a cracked but delicate vocal performance that is a pleasure to get lost in. It’s dynamic and different than anything else on the album, almost having a throwback feel to it, soulful and honest, Lain’s voice dripping like honey over every note. Hypnotizing and darkly wonderful “Bruises” is compelling and will be a song one will be talking about long after the first listen.

Check out the EP for yourself and see what all the fuss is about. Because it is definitely lives up to the hype.

retro music enthusiast. Dreamer. Kind of odd. Writer
@twitter.com/for_no_one1014
Previous Album Review: As It Is – okay.
Next September Mourning Release Music Video for “20 Below” From of Debut LP